H&M is one of the largest European clothing brands that offers its customers affordable clothing for children, women and men. Also among the assortment of goods you can find accessories, cosmetics and shoes. 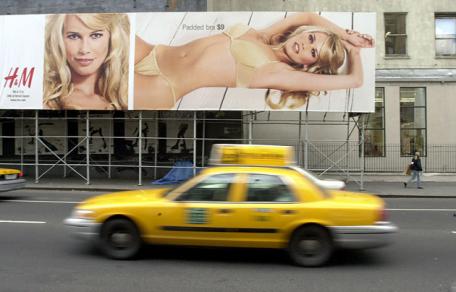 The history of the creation of the H&M brand

The company, originally from Sweden, employs a huge number of designers who are constantly developing and improving the range.

The history of the brand begins in 1947 in the small town of Västerås, Sweden. The founder of the company was Erling Persson, and at the very beginning of his activity, he was engaged only in the sale of clothes for women under the name Hennes (her - Swedish.)

After 20 years, E. Persson bought a store that sold clothes and accessories for fishing. For him, the main goal was to get a room in Stockholm. However, such an attempt led to the expansion of the range to men's and women's clothing, and the name changed to Hennes & Mauritz (her and his - Swedish.)

In the 1970s, stores expanded to other countries, including Germany, Norway and the UK.

Ten years later, the founder's son, Stefan, took over the management of the company, and it was he who focused on selling inexpensive, but high-quality clothes and accessories. This marked the beginning of the spread of the H&M brand around the world.

Now H&M is considered one of the most expensive in the world. Ten years ago, his fortune was estimated at 15 billion US dollars. Currently, few people remember the full name of the brand.

Thanks to the success of the idea and the launch of franchising cooperation, there are H&M stores in almost all countries of the world, and the brand is known to almost everyone. The number of outlets is expressed in thousands, while the company provides a huge number of jobs around the world - it has about ten thousand employees.

The head office of the company is located in the Swiss city of Stockholm.

Interesting facts about the H&M brand

Interestingly, in 1999 in Germany, the company launched an advertisement with Claudia Schiffer, but failed and initially suffered losses. For some reason, posters were constantly stolen, while breaking shop windows to get to them. This even forced the management of the company to inform the public that they could provide posters of the actress for free to everyone after the end of the advertising campaign, and this really helped, the vandalism stopped.

However, some did not believe this story and considered it a fiction, believing that the company was trying to attract attention in this way.