Company HMV changed its famous logo with a dog and a gramophone. The dog turned into a wolf howling at the moon. The reason for this dramatic change is the release of Twilight: New Moon.

In this way, the record store company hopes to promote DVD and Blu-ray sales of the film. The change of the logo did not take place without an agreement with the film company E1 Entertainment. 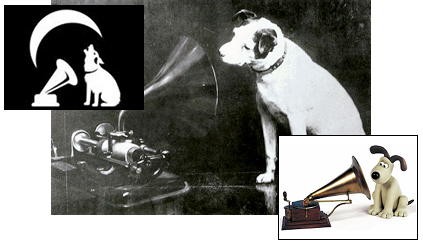 An extraordinary event, because for all the long years of its existence, this logo, which appeared in 1910, changed only once, and for a similar reason. It was in 2007, when the logo was tweaked for the movie Wallace and Gromit, when the dog Gromit temporarily replaced the legendary Nipper near the gramophone. Apparently that experience was successful, since the company decided to repeat it. The use of the new logo is temporary.

And everything would be fine, only a vague doubt torments me that the Moon on the logo is not in the new moon phase.