Slogan: The power of dreams

Japanese company, best known as a manufacturer of cars and motorcycles. Is the owner of the brand Acura.

The stories of many well-known and not so well-known automobile companies (at least the first decades) are usually inextricably linked with the name of the person who founded them and named after himself. This and Ford, and Renault, and Citroen, and Toyota… the list is easy to go on. Exactly the same scenario can be observed in Honda motor.

Soichiro Honda was born on November 17, 1906 in Komyo, Shizuoka Prefecture, Japan. His father ran a small family business that repaired and then sold old bicycles. Thus, actively helping him, Souichiro plunged into the world of mechanisms from a very tender age.

Having received his primary education, the young Honda leaves for Tokyo, where he gets a job as a laborer in a car repair shop. The owner of which quickly noticed the newcomer's talent and soon began to trust him with serious orders. What's more, a passionate racing driver, he entrusted Souichiro with the assembly of a racing car! The young talent did a great job - the car won the race, which made an excellent advertisement for a car repair shop (by the way, it was called Art Shokai, but this is so, by the way). The events of those years forever instilled in Honda a love of motorsport. True, while participating in one of the races, he was seriously injured and was never able to act as a racer again.

By the age of 30, Soichiro thought about his own business. In 1938 he founded a company with a big name Tokai Seiki Heavy Industry, which was engaged in the production of various components for cars. By the way, many of the manufactured products were made according to the patents received by Soichiro, which he already had in order by that time. In total, throughout his life, Honda, who lived to be 91 years old, received several hundred patents.

World War II completely destroyed Tokai Seiki Heavy Industry. Saichiro did not even begin to restore anything. He simply sold what was left and started a new company with an even more pompous name - Honda Technical Research Institute ("Honda Technical Research Institute"). True, in 1948 the name was changed to Honda Motor Company. It was then that two more people entered the arena who were destined to play a huge role in the formation of a new company - Takeo Fujisawa (Takeo Fujisawa), on whose shoulders lay financial matters and sales, as well as Kiyoshi Kawashima, an excellent engineer.

Honda Motor Company took up the production of motorcycles, the first of which were sentimentally nicknamed "Dream" ("Dream"). The model turned out to be very, very successful and things went uphill (it is possible that the name of the first motorcycle formed the basis of the company's slogan). The tireless work and expansion of production led to the fact that by 1955 Honda becomes Japan's largest motorcycle manufacturer. Numerous victories in motorcycle races were excellent advertising and once again strengthened the company's position in the domestic market. And a little later on the world - in the early 60s, American and then German units were opened. Then there appears Honda R&D Co., Ltd. - a department dedicated exclusively to research. 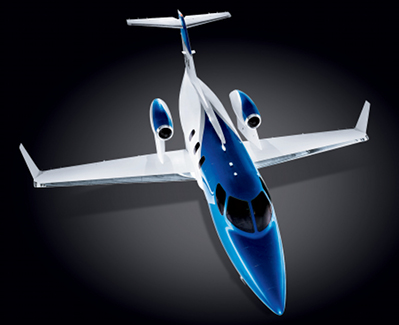 The company took up the production of cars in 1963, when the sports model S500 appeared. Having overcome the resistance of their own government, which believed that small Japan did not need so many automakers (well, why does a small country need such great happiness?), Honda begins to expand the range. Honda's victories begin in the field of auto racing of all stripes. In 1978, a significant event takes place - the first version of the model, which is still popular today, appears. Civic.

Now the company is engaged in the production of not only motorcycles and cars, but also light aircraft (Honda Jet), boats (Honda Marine), engines of various types and capacities (Honda Engines) and various special equipment. Quite unusual developments are also underway - for example, in 2000, the Asimo robot was introduced - a prototype of future home assistants.

The company's headquarters is located in Tokyo. Production facilities, the number of which has long ago exceeded one hundred, are scattered around the world. Honda respected in environmental circles - historically, the company has paid much attention to the preservation of the environment, and its developments are becoming “greener” every year.