Under this brand, professional products for yoga are produced. Its history began in the late 80s of the last century, when Sara Chambers, a carpenter by profession, decided to take up yoga. She not only liked it, but also became an important part of life. Getting involved, she began to make various wooden devices for classes with her own hands. Initially only for myself. However, the things she created were liked by both other students and teachers. They asked me to do the same for them. So Sarah began to create yoga products professionally, founding a company for this with a playful name ("hugger-mugger" can be translated from English as "somehow"). Gradually expanding the range - doing yoga, she knew perfectly well what and who needed it. 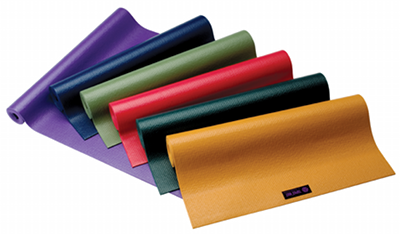 branded products Hugger Mugger is now known in almost all countries where yoga classes are practiced. She has a lot of fans who would prefer a yoga mat. Hugger Mugger to anyone else. In addition to rugs, special shorts are also very popular, which do not restrict movement, but also do not slip, even when performing very difficult exercises.

All Hugger Mugger products are made exclusively in the USA. Its price is high, but quite justified. Emphasis is placed on the use of environmentally friendly materials.