The history of one of the largest car manufacturers began in 1967, when Hyundai Engineering and Construction Company (Hyundai Construction Co., Ltd.), best known as a construction and shipbuilding company, decided to diversify its activities by producing cars. This is how the unit was organized. Hyundai Motor Company.

By the way, there was a real confusion with the pronunciation of the name of this brand. As soon as our people do not distort it, you can hear and Hyundai и Hyundai and something else, frankly indecent. In fact "Hyundai" pronounced like "Hyundai", although for our latitudes it will be permissible and "Hyundai" - so it is even called in official advertising, due to the dissonance from the point of view of the Russian language of the official naming. By the way, this is translated from Korean as "moving in step with the times."

The first cars were produced under license Ford Motor Company. In 1972 Hyundai became one of the four South Korean companies that were allowed to produce cars of their own design. The first car of its own design was the Hyundai Pony, the design of which was worked on by specialists from italdesign. The model appeared on sale in 1975 and was produced for ten years, after which it was replaced by the second generation Pony.

A successful start, as you know, is half the battle. It was the success with the little Pony that ensured Hyundai Motor development, prosperity and rapid growth. Very good and, most importantly, affordable models began to appear. So, the Hyundai Excel model (created to replace the Pony) was even nominated for the title of one of the best products, according to the magazine. Fortune, and the main criterion was precisely the very low cost for a car with such characteristics. Success in the lower market segment allowed the company to begin its "climb to the top" by tackling more representative cars like the Hyundai Sonata. However, the manufacturer has forever remained faithful to small cars, which still form the basis of its fame - the same Hyundai Getz, for example.

In 1998, another Korean company was taken over - Kia Motor Corporation, resulting in the formation Hyundai Kia Automotive Group, which now includes Hyundai Motor. It was from this year that Hyundai began to become a global brand. A reorganization was made, significant funds were invested in the development of new models, an aggressive advertising campaign began everywhere. All this, in the end, allowed the company to become one of the world's largest automakers and the owner of the world's largest automobile plants.

Another significant event takes place in 2000, when Hyundai Construction Co., Ltd. separates from himself Hyundai Motor, making it an independent company headquartered in Seoul. In the same year, a strategic alliance was formed with DaimlerChrysler, with education Daimler-Hyundai Truck Corporation - an enterprise that was supposed to deal with trucks and buses in the Korean market. This union lasted right up to 2004, after which the Germans decided to sell their share of the shares and abandon any business with the Koreans - they did not agree on the characters, so to speak.

But despite all the friction with DaimlerChrysler in 2004 Hyundai Motor managed to enter the top 100 most influential and valuable brands in the world. 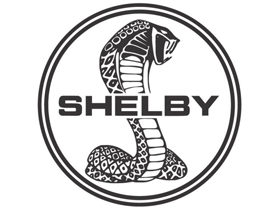