Slogan: Home is the most important place in the world
Make a house a home
Improving everyday life for the majority
Affordable solutions for better living
Not for the rich but for the wise

The company that owns the largest retail chain selling furniture and various household goods. Products IKEA especially popular in Europe. It is believed that in the countries of Western Europe there is not a single house, not a single apartment, where it would not be possible to find something bought in IKEA. And although it is believed that the furniture of this brand is not of very high quality, accessibility determines its popularity.

The company was founded in 1943 when the young entrepreneur Ingvar Kamprad founded the company IKEAwho traded in writing instruments. He was then 17 years old. The name of the company is an abbreviation that stands for the following: initials of the creator (Ingvar Kamprad), to which Ingvar added the name of the farm he grew up on (Elmtaryd), located in the parish Agunnaryd (Agunnaryud), in southern Sweden. I.e IKEA - This Ingvar Kamprad Elmtaryd Agunnaryd.

To say that Ingvar was a talented businessman is to say nothing. It is no coincidence that he ended up among the richest people in the world with a multibillion-dollar fortune. With a lot of effort, he managed to promote his business. Nevertheless, the Second World War had little effect on Sweden, which was essentially an ally of both the Third Reich and its opponents. The hostilities went somewhere aside, without interfering with the daily life of ordinary Swedes.

The assortment that the company traded was constantly expanding. Mostly due to all sorts of little things, like stationery, underwear and household chemicals. The idea to do furniture came in 1948. And this furniture had to be exactly inexpensive, so that a man in the street with a low income could afford it. Having considered all this, Ingvar agreed with several small manufacturers who began to manufacture furniture according to his order. Success came quickly, already in 1951 the businessman acquires a small factory, where he begins to produce furniture on his own. At the same time, he begins to print his first product catalog. 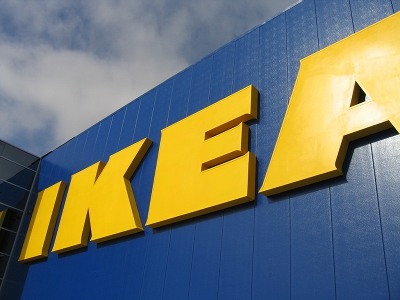 And here I had to face the first problems. Furniture in those years was not a luxury, but a very expensive commodity. With his actions, Ingvar greatly interfered with other Swedish manufacturers. As a result, they managed to persuade logging companies to stop cooperating with IKEA. The other would have dropped their hands. But not Ingvar! Having considered the current situation, he began to purchase the necessary components in Poland, while also winning in price. At the same time, the idea was born to simplify the assembly and delivery of furniture as much as possible, making it a team, like a kind of designer. And although this required some effort on the part of consumers, they were satisfied, because it became much easier to deliver the purchase to their homes, and its price was even lower.

By the end of the 50s, IKEA stores began to appear throughout the country, where you could not only buy furniture and other goods, but also have a cup of coffee. And the prices were just amazing. All stores were large and were located outside the city - Ingvar "peeped" this system from the American retail chain Cash & Carry.

By the beginning of the 60s, Ingvar realized that his company was ripe for entering the world market. The conquest began first of the neighboring Scandinavian countries, and then of the whole of Europe.

To date IKEA is one of the largest retail corporations. Its outlets are located in dozens of countries around the world. It employs hundreds of thousands of people. Product catalogs are published in hundreds of millions of copies in various languages. The prices printed on them traditionally do not change throughout the year, no matter what the circumstances. many stores IKEA operate under a franchise system.

Ingvar himself is no longer the owner of the empire he created, which has been owned since 1982 by the Dutch INGKA Holding B.V., which is the parent company of a charitable (according to the poisonous statement of some journalists and analysts - pseudo-charitable) fund Stichting Ingka Foundation. It is believed that the reason why he took this step is too high Swedish taxes. The head office of the company is located in the Dutch province of South Holland (Zuid Holland) in Delft (Delft) - a town located near Rotterdam. But in general, the structure of the holding is insanely complex and confusing, it includes dozens of companies of various kinds from different founders. There is an opinion that such difficulties are deliberately created in order to minimize taxes.

Ingvar Kamprad went down in history not only as a businessman and billionaire, but also as a creepy miser who always dresses on sales, buys everything as cheap as possible, tries to walk or ride a bike as much as possible. He uses a taxi only as a last resort and, they say, he never leaves a tip anywhere.