Our idea of a particular country is formed on the basis of a variety of factors.

Partly in history, partly in cuisine and popular resorts. But it so happened that most of all we learn about the country thanks to the goods that it produces and is famous for.

So, it is enough just to mention in a conversation about Italy, as the names of fashion brands and expensive cars immediately come to mind. Indeed, hundreds of brands of Italian clothing, footwear and accessories are known today, which create their products in strict accordance with long-standing traditions and using the latest technologies.

If we count by the number of brands involved in a particular industry, then the second place will undoubtedly be taken by cars and motorcycles, and only premium class. This is what modern Italy is, and this greatly distinguishes it from all other European countries.

Italy today is not in vain considered the center of world fashion. After all, it was this country that gave the world hundreds of brands of clothing, shoes and accessories that cause envy, admiration and even awe.

So, one of the oldest Italian fashion brands is the house Gucci, which was founded back in 1921. It is his authorship that belongs to suede moccasins, as well as a bag with bamboo handles, which is in extraordinary demand to this day. Audrey Hepburn, Jackie Kennedy and Princess Grace Kelly wore Gucci, and the company's name quickly became synonymous with luxury.

The story is no less inspiring. Prada. Founded over a hundred years ago, this brand has gained popularity relatively recently with the release of waterproof backpacks and clothing. Today, a Prada bag is an essential attribute of a successful woman.

If you associate fashion exclusively with the fair sex, then you are greatly mistaken, and the Brioni house is a direct proof of this. It was he who invented the concept of modern men's style. Brioni suits were popular with Luciano Pavarotti, George W. Bush, Nelson Mandela and Robert Kennedy. In addition, the suit of this brand has been recognized as the official costume of James Bond.

Perhaps today you will not meet a person who has not heard of Giorgio Armani. The popularity of this Italian brand is not surprising, because it has appeared on the Hollywood red carpet an order of magnitude more often than any other.

But things from Dolce & Gabbana blew up the fashion world back in the late 80s with a bold mix of materials, colors and styles. And until now, this brand impresses with its eccentricity and elegance. Every year Dolce & Gabbana presents thirteen collections to the public, which include clothes, shoes, perfumes, glasses and various jewelry.

These are the main fashion brands in Italy, which, despite their fame, are only a small part of the Italian fashion world. Indeed, in addition to them, there are also Fendi, miu miu, Ray-Ban, U-Boat Watch, Nando Muzi, Max&Co, Marella, Pennyblack, Luisa Spagnoli and many others, which are always popular with women and men all over the world. 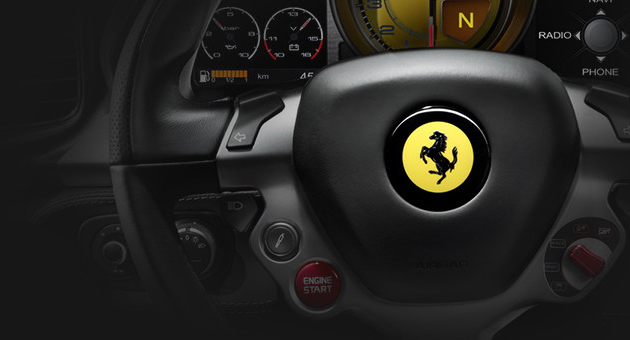 If Italian women are crazy about fashion novelties, then the main passion of Italian men, without a doubt, lies in fast and expensive cars. Many car enthusiasts are sure that it is the cars made in Italy that represent the crown of the European automotive industry. And this is not surprising, because they combine a unique design, manufacturability and a clear craving for high speeds.

By the way, Benelli is the oldest motorcycle brand in Europe, and thanks to optimized fuel consumption, attractive and sporty design, motorcycles produced by it are also the most bought. But the Aprilia brand, in turn, made a real revolution in motorsport, because the products manufactured under it are distinguished by maximum performance during races.

Thus, modern Italy lives with two great passions - high fashion, as well as expensive motorcycles and cars. Perhaps it is in these hobbies that the essence of the Italians themselves is revealed - quick-tempered and restive, in love with themselves and the beauty that surrounds them.