This brand produces one of the most original liqueurs in the world. Its peculiarity is that it is made from wormwood ("malört" in Swedish - "wormwood"), this gives it a very characteristic bitter taste, which not everyone can withstand.

The liqueur is produced by the Carl Jeppson Company, located in Chicago. It is named after the Swedish emigrant Carl Jeppson, who brought with him a recipe for a unique drink from his homeland and tried to popularize it in the United States. The recipe was bought from him by a certain George Brode, who later founded a liquor company. 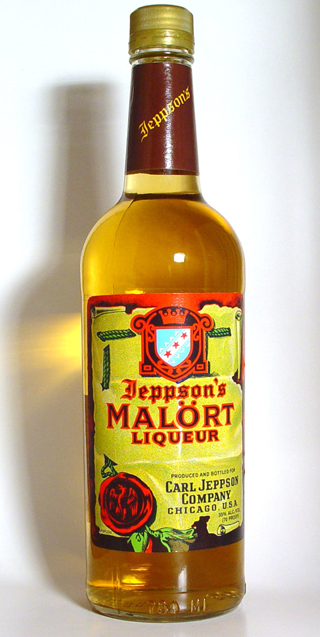 As the founder of the company himself admitted, only one in fifty people is able to drink Jeppson's Malört without a shudder. Not surprisingly, there are very few true connoisseurs of the drink. However, it is believed that if you were able to shove a couple of shots into yourself, then you will love this drink forever. Apparently the presence of wormwood causes certain and very characteristic sensations.

Jeppson's Malört has been repeatedly named the worst liquor in the world. Perhaps it is this proud title that provides the drink with a small but stable group of fans. It is also sometimes used for a kind of alcoholic competition.

It should be noted that Jeppson's Malört is the most famous of their wormwood liqueurs. The second, much less well-known can be considered Bäska Droppar, produced in Sweden by V&S (Vin & Sprit AB).