The American manufacturer of diesel engines, as well as various agricultural, construction and forestry equipment, John Deere is known today throughout the world. It fully provides the appropriate equipment for farmers, builders, landowners, lumberjacks and representatives of other working specialties.

It is even hard to believe that the company was founded in 1837. Its creator, John Deere, was a blacksmith who once made a plow of his own design, designed to work on sticky soil. Due to its unusual design, the tool was particularly reliable, and therefore quickly gained popularity. By 1847, John Deere's company was producing about 1,000 of these plows annually. 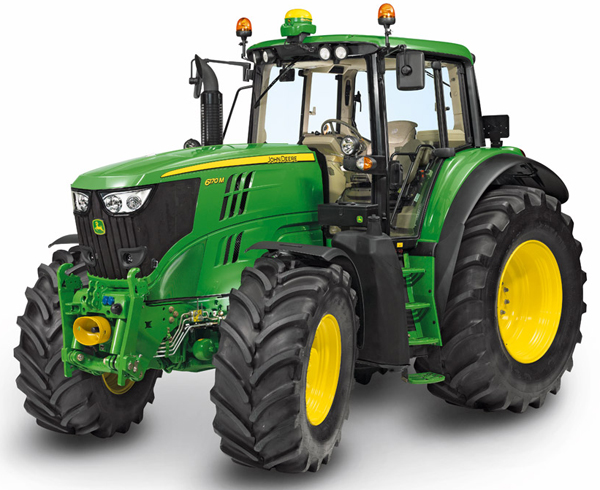 The brainchild of a talented blacksmith expanded every year, including cultivators, seeders and more in the line of manufactured products. In 1868, the company changed its status and became a corporation.

John Deere met the 20th century with new developments. Like many other engineering companies at that time, she worked on creating a prototype tractor and in 1914 achieved what she wanted. After that, becoming a leading manufacturer of tractors and diesel engines was only a matter of time.

Throughout the following century, John Deere worked tirelessly to expand its range of products and improve their quality. That is why all the equipment it produces is reliable and extremely easy to maintain. By the way, the external products of the company are very easily distinguishable - thanks to the traditional yellow-green coloring, which has remained unchanged for many years.