Chairman of the Board of Directors Nokia, Jorma Ollila, who has held this position since 1999, announced his departure. This did not come as a surprise to anyone - Ollila spoke about this intention last year.

By the way, for some time Jorma Ollila also held the position of CEO of the company (which has now gone to Stephen Elop). In total, he worked for the company for 27 years. Many of the company's successes are associated with it, which for 14 years has been the undisputed leader in the mobile phone and smartphone market. 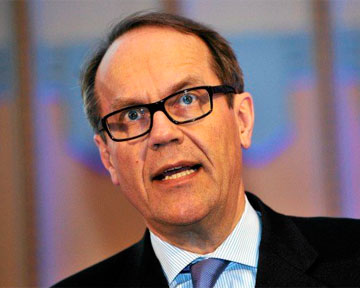 The current position of the company can be described as very difficult. Despite the fact that Stephen Elop assures that all the problems are caused only by the transition period, few people believe in his words. The old guard is gradually leaving (or they are gradually “leaving”), more and more often voices are heard that Nokia never reach its former glory. Today it is perceived only as a toy in the hands. Microsoft, which is solely interested in testing Windows Phone. The value of the Finnish brand is of little concern to Americans.

Ollila himself said that he considers the strategy with Windows "absolutely correct." But, frankly, this statement looks somewhat strained. After all, this strategy crosses out all the early achievements of the former chairman.