Jupiler is one of the most popular beers in Belgium, under it varieties of pale lager are produced from 0.5% to 8.3%, the most common strength is 5.2%. While Belgian beers of various brands are very popular around the world, the Belgians themselves prefer Jupiler - it takes the place of the country's best-selling beer brand.

The brand is owned by the world's leading beer producer, Anheuser-Busch InBev Corporation, which owns several hundred well-known beer brands. Jupiler is produced in the Piedboeuf Brewery, located in the Belgian city of Jupille-sur-Meuse, a suburb of Liege, and the beer got its name from the name of the city. The brewery, founded in 1812, became part of the combined Interbrew Corporation in 1987, which then merged with AmBev to form Anheuser-Busch InBev Corporation in 2004. 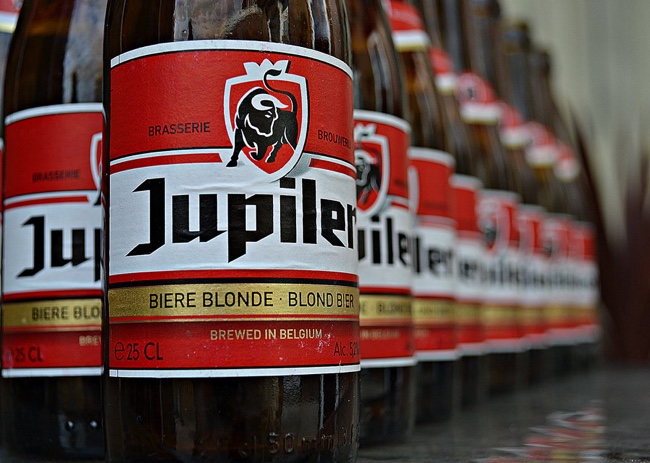 In addition to the classic Jupiler, the brewery also produces its varieties - Jupiler NA, Jupiler Blue, Jupiler Force and Jupiler Tauro, which are distinguished by their strength. The original variety was developed and released to the market in 1966 under the name Jupiler 5 (it contains 5 components), and its varieties appeared already in the 2000s.