A medium-sized family company, nevertheless successfully operating both in the domestic German and international markets. The company's products are quite unusual, but extremely in demand - these are special machines designed for bending pipes and profiles. Such machines are used in production, during the installation of various equipment, in the chemical and oil refining industries. A classic example of the use of machines, like those that produces JUTEC - an ordinary towel dryer, which is now found in so many apartments. 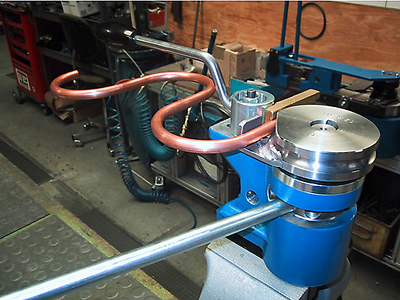 The range of machines produced by the company is very wide. They differ in "skills", the ability to bend pipes of various diameters from a few millimeters to several centimeters. Their mass, size and power vary widely. Flexion from 0 to 180 degrees is provided. Solutions are offered for both small workshops and large companies.