Kellogg Company (or simply Kellogg's) is an American company well known as a manufacturer of breakfast cereals and fast food products. Its headquarters is located in Battle Creek, Michigan, USA.

The company's origins date back to 1898, when William Keith Kellogg accidentally creates flakes from wheat grains. After experimenting a little more with grains, he becomes the author of the recipe for corn flakes, well known to us today.

The company was officially registered in 1906 and was originally called the Battle Creek Toasted Corn Flake Company. One of its first products was corn flakes, named after its creator, Kellogg's. At the beginning of the last century, they were so popular that already in 1922 the company changed its name and became known as the Kellogg Company. 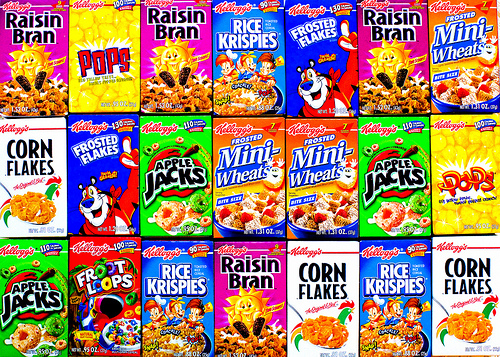 To date, this manufacturer produces a fairly wide range of breakfast cereals, as well as crackers, toasts, waffles and various cereal products. In addition to Kellogg's, it also combines such brands as Keebler, Cheez-It, Murray, Pringles , Austin, Famous Amos and more.

The company's enterprises are located in 17 different countries of the world, and its products are sold in more than 180 countries. The Kellogg Company has over 25,000 employees and over $$11 billion in revenue.