The name of the American brand of fast food restaurants KFC speaks for itself and does not need complicated interpretation - translated from English, the abbreviation stands for "Kentucky Fried Chicken" - Kentucky Fried Chicken. The main office, respectively, is located in Kentucky, the city of Louisville. 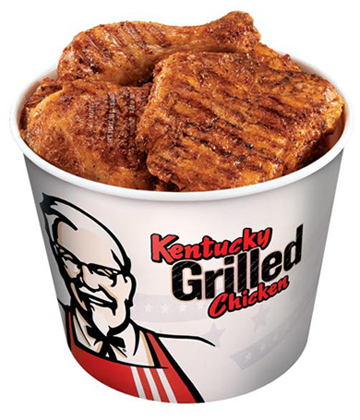 History of the KFC brand

Speaking about the history and development of the KFC brand, one cannot fail to mention its creator, David Sanders, who later became better known to a wide audience as Colonel Sanders. The man was born in early September 1980. The man's childhood was not easy, so he left the family at only the age of 16, leaving to serve in the army with false documents.

After returning from the service, he mostly traveled around the country, which allowed him to gain a lot of useful knowledge, including how he learned how to cook many different dishes.

Having reached the age of forty, David decided to open a gas station in Kentucky, where he treated his visitors to a special fried chicken according to the author's recipe: the ratio of herbs and spices was verified by him independently. This moment became a turning point in his biography - visitors appreciated the dish, so they often came here just because of it, and not to fill up the car.

The man quickly realized that this was a real gold mine. He slightly modified his recipe - he began to fry the bird under pressure - and first changed one and then another room, increasing the area. In just 10 years, he achieved wild popularity in his state, thanks to which the governor of Kentucky awarded him the title of Colonel. This was the beginning of the image that KFC has today.

After some time, the popularity of Sanders' establishments began to decline, but he did not stop there and launched a franchise. Already by 1964, David sold the enterprises for almost $ 2,000,000, at that time the number of restaurants in the country exceeded six hundred. However, he still owned franchises from Canada, so he was actively involved in the business for a long time.

Colonel Sanders died at the age of 90, it is noteworthy that he was buried in his white suit, which people already associated with him and his company.

His image has become almost as recognizable as the image of the clown Ronald, representing McDonald's. 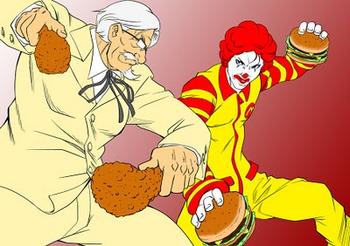 What happened to KFC after the death of Colonel Sanders

After David Sanders left this world, the company changed hands several times, changing owners. Among its owners were such well-known corporations as PepsiCo and RJ Reynolds Tobacco Company.

In 1991, the company's name was shortened to an acronym, and 6 years later it was acquired by Yum! Brands, which still owns it. Also among its brands can be noted Pizza Hut и Taco Bell.

At the moment, the menu of restaurants includes a wide range of a wide variety of dishes that have one common ingredient - chicken meat cooked according to a unique recipe. Now KFC is considered one of the largest fast food chains. And there are tens of thousands of restaurants around the world.