Gone are the days when Chinese manufacturers were accused of total piracy and copying. Now the Chinese themselves are making similar statements. So, a company little known in our latitudes Shenzhen Great Loong Brother accused of plagiarism Apple.

The point is that the recently released iPad very much like their device, called R88 and has been on sale in the Celestial Empire for some time now. Indeed, the devices are similar, although it is highly doubtful that Apple really copying. 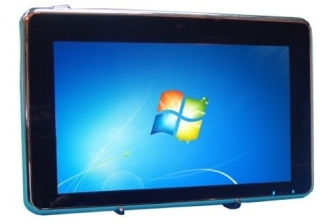 Technically, the devices differ very much: R88 runs under Microsoft Windows, there is no multi-touch, a 250 GB hard drive is used as a drive, and the battery life is up to 2 hours.
Total
0
Shares
Share 0
Tweet 0
Pin it 0