Everything, the times when the Chinese car was associated exclusively with a bunch of scrap metal on wheels are finally gone.

Chinese companies have not only improved the quality of their products, but are now entering the representative office market. cars.

FAW has begun accepting orders for the luxurious Red Flag L5 limousine, which costs 5 million yuan or 800 thousand US dollars. Today it is the most expensive Chinese car. 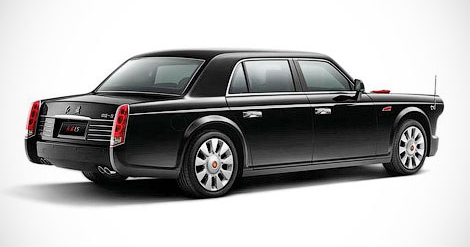 Red Flag L5 has a rather unusual design for this class of cars, in the style of the 50s. It is equipped with a 408-horsepower twelve-cylinder engine with a volume of 6 liters. The assembly of the limousine is done manually - about 3 months are spent on one car. At the same time, L5 is the youngest of the models that are planned to be produced under the Red Flag brand. There is also an older L9 and a medium L7.

The name of the first buyer of Red Flag L5 is already known. This is a businessman Wen Zhonghua, who owns the largest chain of furniture stores in the country.