The Kleenex trademark is owned by the American corporation Kimberly-Clark, which specializes in the production of personal care products. The company was founded in 1872 and owned several paper mills.

After the invention of crepe medical paper, the company launched the production of disposable medical wipes, which were actively used during the First World War to care for the wounded. The production proved to be very successful and subsequently developments in this direction were continued.

In 1924, the Kleenex brand appeared on the market. Under it, sanitary napkins, paper towels, tampons, diapers and other similar products are produced. In some countries, and especially in the USA, it is customary to call any wipes Kleenex, even if they are made by another company. In this case, there was a generalization of the brand, the main reason for this was that Kleenex appeared on the market first and quickly gained popularity. The first they were, of course, only in the Western market, since the very idea of sanitary napkins for facial care is not new. 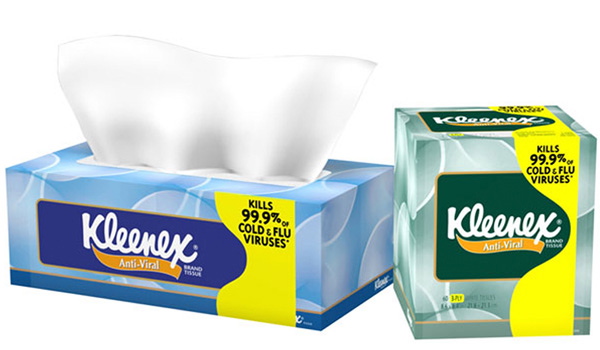 Initially, Kleenex wipes were intended only for facial care, make-up removal, etc. The idea of using them for a runny nose and cold did not seem interesting to the company's management at first, but an attempt to present this side in advertising was crowned with success and in the 30s Kleenex was completely replaced habitual handkerchiefs from everyday life. In the first year of the new advertising strategy, sales of the wipes doubled, as they were no longer restricted to women.

The brand name comes from the word "clean" - "to clean". And the first "K" and the ending "ex" Kleenex received "inherited" from the first trademark of the company - Kotex.

Kleenex products are supplied to more than 70 countries worldwide. The brand is currently valued at $3.1 billion.