The legendary manufacturer who has done so much for the development of amateur photography. An American company founded in 1881 by inventor George Eastman and businessman Henry Strong.

Interestingly, Eastman was a simple bank employee. He just had one passionate hobby - photography. He indulged in his favorite business every time he had the opportunity. It is important to note here that in those years it was by no means so simple, the equipment was bulky and extremely inconvenient, and in order to develop the footage, remarkable knowledge of chemistry was required. In order to make an exit photo shoot, the photographer sometimes had to hire a cab, and even use the services of an assistant.

Eastman's invention consisted in a special method of applying photographic emulsion to special plates, and later to film. In 1885, a company was founded in the American city of Rochester. Eastman Dry Plate Companyinvolved in film production. 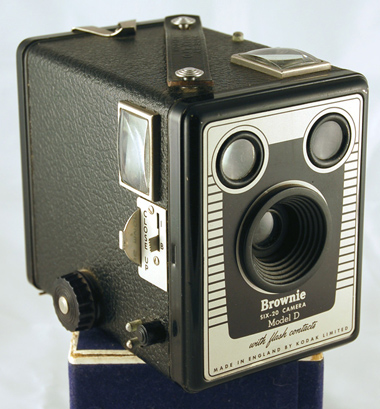 In 1988, a significant event took place - the first Kodak camera appeared. It was sold already loaded with 100 frames of film. The cost of the device was $25. A considerable amount for those times, but the device could still be called affordable. Photography is coming to the masses.

In the same year in September Kodak has been registered as a trademark. Legend has it that Eastman, for some reason, was very fond of the letter "TO" and at the same time wanted the name of his brand to be a unique word, not found anywhere else. He did not know that the Polish fortress Kodak existed on the banks of the Dnieper since 1635. However, few people knew about it then and few people know today. so the word can still be considered unique.

A massive advertising campaign began, the main idea of which was "you press the button, we do the rest." Never before has photography been so easy and accessible to non-professionals. An even cheaper camera appears with 6-frame film, priced at $1. At the same time, the cost of an additional film for him was 15 cents. Having achieved recognition of its products, in 1892 the company changes its name Eastman Kodak Co.. 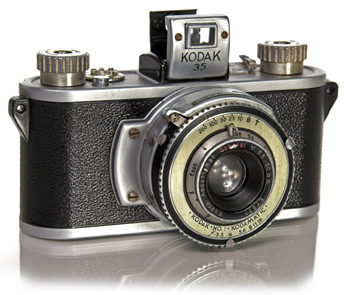 History Kodak from the beginning of the last century to the middle of the 70s, this is the story of the incessant expansion of production and the emergence of new products, one way or another related to photography - films, lenses, various chemicals, the cameras themselves, etc. Many competitors and manufacturers of all kinds of products.

However, in the second half of the 20th century, the company made two serious mistakes that eventually cost it a significant part of the market, and then completely led to bankruptcy. at first Kodak missed the moment when a Japanese manufacturer entered the market fujifilm, which offered consumers high quality film at a lower price. Kodak management was confident that consumers would still buy only its products, relying on the brand. However, consumers voted in rubles, as a result of which the Japanese were able to grab a solid market share of photographic film and photographic paper.

But the biggest mistake was that Kodak overlooked the moment when digital cameras appeared on the market. The first models shot them, to put it mildly, disgustingly. However, the leading minds of that time understood that this technique was the future. But they were not in the company's management. While other manufacturers were boldly experimenting with digital cameras, Kodak increased film output. As a result, when she did start producing digital cameras, the world was already divided between Nikon и Canon. Moreover, the brand Kodak associated with consumers exclusively with the film. 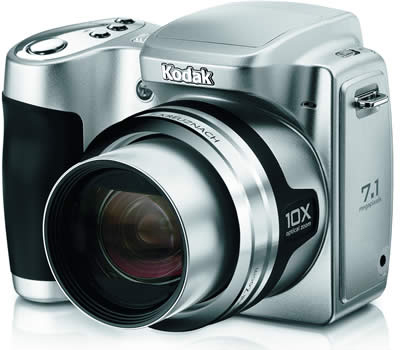 At the beginning of the 21st century, the film began to rapidly become useless. In 2006 year Kodak was forced to abandon the production of digital cameras, selling the production of a Singaporean company Flextronics. And in 2009, she refused to release the film. All sorts of attempts to save the company did not lead to anything. There have been attempts to sell patents, lawsuits against various manufacturers, one way or another related to photography (including even such companies as Apple), sale of various assets to other manufacturers. All this led to nothing. January 2012 Eastman Kodak was declared bankrupt.
Total
0
Shares
Share 0
Tweet 0
Pin it 0