Canadian company blackberry (former R.I.M.) plans to auction its own sale in November 2013.

For the first time, talk about a possible sale of BlackBerry appeared in August this year. But then it was rather about one of the possible options for business development. Now, it seems, everything is quite serious, even if the representatives of the company refused to comment on such information. This is reported by the Wall Street Journal, citing some unnamed sources.

According to a report by the Wall Street Journal, a special committee is now busy compiling a list of potential bidders, which is scheduled for mid-November. BlackBerry is clearly in a hurry, as things are not going well for her, to put it mildly. Needless to say, the BlackBerry Q10 smartphone, on which so many hopes were placed, turned out to be a real commercial failure. 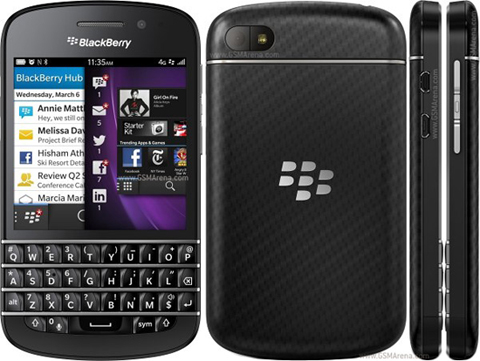 Perhaps BlackBerry's desire to sell quickly arose against the backdrop of the story of the takeover of Nokia by the company. Microsoft, which may well benefit the agonizing Finnish manufacturer. At least its shares are rapidly growing in price.

But until recently, Nokia and BlackBerry ruled the smartphone market, setting trends and having armies of fans.