Finnish manufacturer of various types of elevators, elevators, hoists and other similar equipment.

The company was founded in 1910 in the city of Espoo, Finland (Espoo, Finland), where to this day its headquarters is located. It was originally called Osakeyhtiö Kone Aktiebolag, which can be translated from Finnish approximately as "Joint-Stock Engineering Company". In those years, it was only a division of the Finnish energy company gottfr. Stromberg Oy.

Originally Kone produced elevators under someone else's license (company Graham Brothers), but didn't do very well. And then the First World War began, so it became more profitable to work for the front - Finland was then part of the Russian Empire. 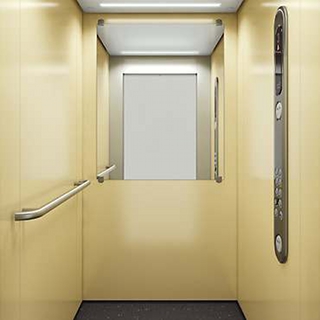 In 1918, the production of elevators of their own design began. In 1924, businessman Harald Herlin buys the division from Stromberg. So Kone gains independence. And the Herlin family remains at the helm to this day. Under new management, things have gone much better.

After the end of World War II Kone forced right up to 1952 to produce elevators for the USSR - Finland, as an ally of the Third Reich, paid reparations. However, in the future, the Soviet Union, and then Russia, will become one of the main consumers of the company's products. But in general, the company is one of the world's most famous elevator manufacturers, with offices almost all over the world.

The beginning of the 21st century turned out to be difficult - the global crisis came into play, and competition intensified. Kone began to expand the range of products, starting to develop and produce very exotic specialized lifts used in warehouses and ports. Since 2005, the company has been divided into Kone Corporation и Cargotec Corporation. The first continued to work with elevators and escalators, the second deals exclusively with loading and unloading solutions.