LG Electronics issued a statement from which it is clear that the company is disappointed with how devices running Windows Phone 7 are being sold. The new operating system from Microsoft clearly did not live up to the manufacturer's expectations.

This was told by James Choi (James Choi), head of planning department LG. In his opinion, the system is not attractive enough for users. He noted that Windows Phone 7 is unnecessarily simplified in appearance, rather than the same Google Android and this is exactly what some users may not like - they will simply be bored, they will not be able to appreciate the full potential of the OS. Another reason for the poor start, he calls the exactingness of the system to hardware resources, because of which it can be used exclusively on powerful and expensive devices, which not everyone can afford. Choi believes that the emergence of devices in the middle and lower segments could lead to a tangible increase in sales. 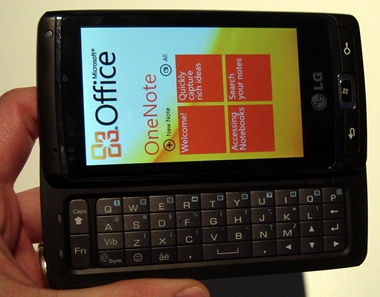 Most likely, the fact that users are still very wary of the “newbie” also played a role, not wanting to become beta testers for the still crude system.

Of course, LG not the brightest indicator - the smartphones of this company have never been particularly popular. However, the very fact of such a statement is already the first very alarming bell for Microsoft.

Although, frankly, few believed in the great future of Windows Phone 7. And it seems that the most pessimistic forecasts will come true.