Is it possible to build a multi-million dollar company starting with just £180? Is it possible to make an entire country fall in love with tea parties? Is it possible to create a brand that will not lose its relevance and stay interesting over a century? Thomas Johnstone Lipton proved by his example that almost anything is possible. Indeed, to this day, the British prefer Lipton to such brands as Ahmad or Newby.

An enterprising Scot was born on May 10, 1850 in the city of Glasgow. The boy's parents were so poor that Thomas was forced to work from childhood. From the age of eight, he helped his father in a grocery store and at the same time worked as a shirt cutter in a textile factory. Having become a little older, young Lipton went to serve as a cabin boy on a local ship, which was a turning point in the fate of the poor millionaire. The boy began to dream of distant wanderings, so much so that one day he made his way as a hare onto a steamer bound for America. So fifteen-year-old Thomas saw the New World for the first time.

Nevertheless, in the USA the young man worked no less than in his homeland. He went through tobacco and rice plantations, without fear he took on even the most menial work. But even among the hard workers, he stood out for his entrepreneurial spirit and out-of-the-box thinking, which once helped the smart young man get a job as a clerk in a grocery store. The knowledge acquired in this position proved to be invaluable to Thomas. He understood the sales system, and also learned some advertising techniques. It was with this knowledge that the nineteen-year-old Lipton returned to his homeland. In his pocket were £180 accumulated over four years of hard work. This money was enough to open his own grocery store in Glasgow.

Thomas Lipton faced a difficult task - he had to stay afloat in the face of heavy competition, making his shop as profitable as possible. That is why he bought goods directly from the manufacturers, did the work of manager, cashier, buyer, messenger and salesman himself, and never skimped on advertising. Years of effort undoubtedly paid off, and soon the young man had more than twenty grocers at his disposal throughout Scotland. Lipton set himself the main goal - a person who once crossed the threshold of his shop should return again and again. And, I must say, he really managed to achieve what he wanted.

When Thomas Lipton approached the age of forty, his income was so stable and large that he could afford to retire, shifting all the worries about his business to managers. However, contrary to expectations, Lipton did not retire, but switched to a completely new idea. The fact is that that year on the island of Ceylon, due to the fault of pests, coffee plantations were badly damaged. The price of coffee jumped many times, which meant only one thing - in the near future the world will give preference to tea.

That is why, without notifying or informing anyone, the entrepreneur urgently went to Ceylon, where he acquired 5,500 acres of tea plantations. Quite quickly, Thomas Lipton set up the delivery of tea to England, thereby laying the foundation for his great tea empire. When selling tea, the businessman still tried to be different from his competitors. It was he who became the first who sold tea packaged in boxes, and not by weight, as it was before. Each of the packs featured a Ceylon girl with a basket on her head. Thanks to this, Lipton's tea was easily recognized on store shelves. 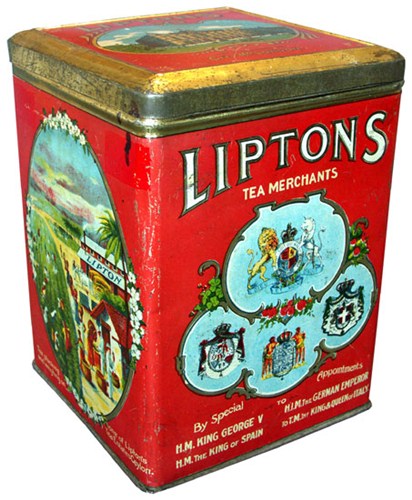 The entrepreneur was not afraid of either experiments or innovations. Therefore, when a young American, Tom Sullivan, came up with the idea of making tea in disposable paper bags, the tea king immediately brought this idea to life. At that time, so-called blenders worked at the Lipton factories - people who prepared tea mixtures with their own hands, taking into account all the nuances - for example, the hardness of the water that the British used to brew tea.

Quality products and talented advertising did their job, and soon almost all segments of the population, including the royal court, were drinking Lipton tea. It was then that the English formed an opinion as a nation that revered tea traditions. Cow Victoria could not fail to note the merits of Thomas Lipton in shaping the English way of life and in 1897 knighted him.

A year later, the tea king's company went public. Its shares were valued at over £2 million. So, 180 pounds sterling, brought by a young man from the New World, turned into a big capital, which he could only dream of. 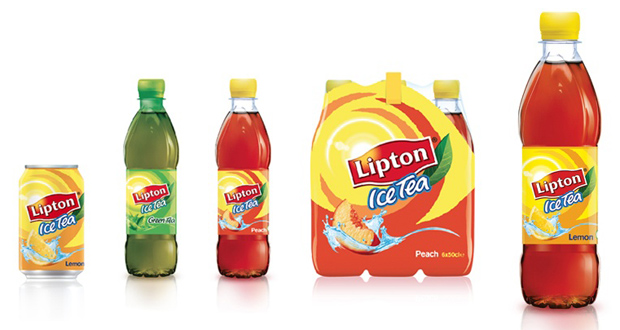 Sir Thomas Johnstone Lipton died on 2 October 1931. After himself, he did not leave a single heir, and therefore all his fortune was given to charity. However, the Lipton brand has not ceased to exist. Over time, the right to use the brand was bought by the Anglo-Dutch concern Unilever. More than $100 million was invested in the rebranding, after which Lipton tea ceased to be associated with traditional English tea and received a more youthful image. The purpose of the rebranding was to allow tea to compete with soft drinks such as, for example, Coca-Cola.

To date, the bright yellow packaging of Lipton tea is still one of the most recognizable products on store shelves. And although the Sir Thomas Lipton Tea Company as it once existed is no more, we can continue to enjoy the taste of good tea.