Brand Louis Vuitton, one of the most famous in the world of luxury, today owned by the corporation LVMH (Moët Hennessy-Louis Vuitton). Under the name Louis Vuitton fashionable clothes, all kinds of accessories are produced, but this brand is especially famous for its bags, handbags, suitcases and other handbags.

Louis Vuitton is, of course, the name of the founder of the brand. Louis Vuitton was born in France, in the Jura province. Young Louis was an excellent worker with his hands and was especially interested in the production of travel cases. In order to completely indulge in this exciting activity, the young man, according to his biographers, came to Paris on foot from his native Franche-Comté, then he was only 14 years old. Perhaps Louis was inspired by the story of how the poor Russian boy Misha, a hundred years before him, also walked to the capital on foot and became a man, or maybe not, but the fact remains that the provincial again managed to conquer the capital, Vuitton soon became famous , as an excellent master in the manufacture of travel suitcases, which were willingly purchased by wealthy aristocrats, including the imperial family. 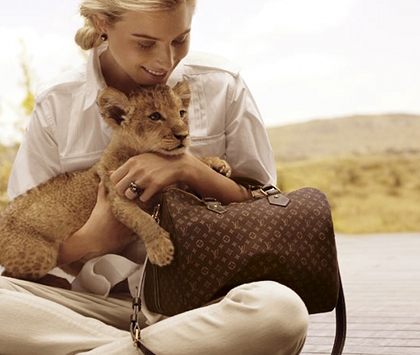 The trading house of Louis Vuitton was opened in 1854 in Paris, the main product of the company was luxurious suitcases and bags made of leather and fabric, which were of high quality and were a symbol of wealth and luxury. The company has been a family business for a long time. In 1892, after the death of Louis Vuitton, the company passes into the possession of his son Georges Vuitton, and in 1936, when Georges dies, to the grandson of the founder, Gaston-Louis Vuitton. In 1987, the trading house becomes part of a "luxury" conglomerate LVMH, but remains an autonomously managed brand.

In 1998, the company decides to try its luck in the adjacent market and opens a new direction - the production of fashionable clothes, shoes and accessories, has Louis Vuitton also a jewelry line. The trading house owes much of its breakthrough in this direction to guest designer Marc Jacobs, who managed to win for Louis Vuitton reputation of a real fashion brand. Clothes and accessories from Louis Vuitton, of course, are not as popular as suitcases, bags and wallets, after all, the brand is associated only with such products and to a lesser extent with the fashion industry, but this direction is also very successful.

The logo of the brand, or rather the monogram that the brand inherited from its owners, is the interlacing of the letters L and V. The monogram is very characteristic, recognizable, it can be found, sometimes in a stylized form, on all products from Louis Vuitton. However, it can also be found on the products of market craftsmen from China and Thailand to Malaya Arnautskaya, throughout the history of the brand, one of its main problems was all kinds of fakes. Even the founder of the brand tried to fight this by constantly changing the pattern of the monogram fabric and introducing new products, and today an army of lawyers is fighting against pirates, moreover, it is precisely the fight against fakes that caused the fact that buying products Louis Vuitton you can, with rare exceptions, only in specialized boutiques around the world or in an online store.