The automobile plant located in the Ukrainian city of Lutsk now belongs to the Bogdan corporation. Now buses and trolleybuses are produced there. But LuAZ became famous at one time as a manufacturer of small off-road vehicles.

The Lutsk repair plant (it became an automobile one much later) was founded in 1955. Initially, GAZ-61 and GAZ-53 cars were repaired on it, various useful trifles were produced. After four years, the plant changes its name to LuMZ (Lutsk Engineering Plant) - now it produces various automotive parts and accessories.

In 1966, the assembly of small cars began in the workshops of the plant. It was still a front-wheel drive model. It took several years to develop this miracle. Initially, the car was developed exclusively for military purposes - it was supposed to create a small, nimble off-road amphibian for use on the front line (TPK - front line equipment), for example, for the evacuation of the wounded. By that time, the development of virgin lands began and the need for such machines was no longer limited to the army. Set up mass production.

An all-wheel drive version appeared in 1971. All this time, cars were produced under the ZAZ brand, although the plant had long been renamed LuAZ. This injustice was corrected only in 1975. 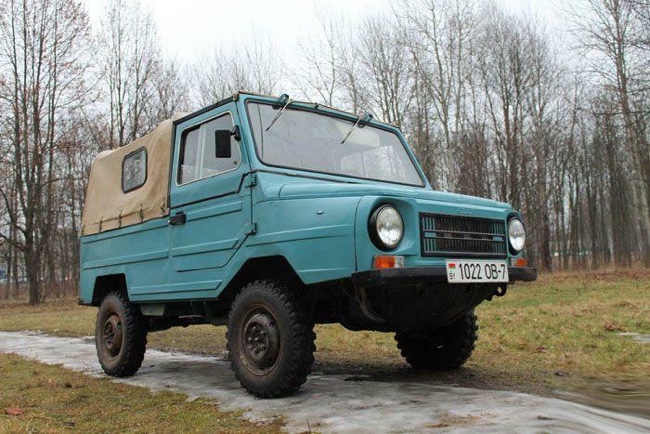 LuAZ cars can hardly be called beautiful. But they were quite reliable and distinguished by good cross-country ability, that is, they performed their role perfectly. Which contributed to their popularity. Moreover, these machines were “recognized” both here and abroad. LuAZ cars have never been sold at retail, but were created exclusively for government orders. For this reason, they were not released in very large batches.

After the collapse of the USSR, the plant lost its strategic importance. First, the production of VAZ and UAZ cars was launched on it. At the same time, new models of small SUVs were being developed, which were never completed. Then, in 2006, LuAZ passed to the Bogdan corporation and switched to the production of buses and trolleybuses.