The history of this soap began in 1899, when the British company Lever Brothers (in 1930 it will merge with the Dutch Margarine Unie, resulting in the formation Unilever) introduced to the market a toilet soap called Sunlight Flakes, which can be translated as "Flakes of Sunlight". True, a year later the name was simplified to more convenient in all respects. Lux, translated from Latin meaning "light" and alluding to "luxury, luxury".

long enough soap Lux did not enjoy excessive popularity, although it gradually captured the markets of various countries. So, in 1925, sales began in the United States. Success came when, in 1927, an American advertising agency J Walter Thompson proposed a fundamentally new strategy for those times - to use movie stars for advertising. Prior to this, no one had applied such a practice. Needless to say, the very concept of "movie star" was still relatively new. So Lux began to be positioned as "star soap". And so it remained for many years. In advertising Lux Celebrities such as Marilyn Monroe and Sophia Loren were also filmed, as well as little-known actors. The number of "stars" was so huge that even the archives Unilever unable to provide accurate information about how many there were and what they were all called. Different sources call the figure from 400 to 2000 people. The success has been quite impressive.

Periodically advertising Lux changed the general direction, adjusting to the trend of the epochs, although it was based on the same “stars”. However, by the beginning of the 70s of the last century, the brand began to lose ground. There were several reasons for this. Sufficiently monotonous advertising became boring and no longer produced sufficient effect. Besides, Unilever did not respond in time, continuing to release Lux only in the form of bars, while the market already demanded a variety of liquid variations, shower gels, etc. 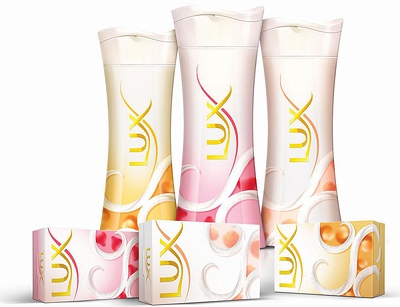 In 1995, an attempt was made to revive the brand's former glory by completely redesigning its positioning - not only "stars" but also ordinary people began to meet in advertising. However, it was already too late. However, Unilever didn't get upset or keep trying. The company just made soap the flagship Dovethat has existed since 1956.

To date, soap Lux still fairly well known. That's just the bulk of its consumers live in Latin America, the Middle East and Asia. This soap is more or less popular in the USA, although not at all in the same way as before.