French holding company dealing with luxury goods and being a leader in this sector of the market. The holding includes many eminent companies. LVMH owns a large number of well-known brands under which expensive alcoholic beverages, jewelry and watches, fashion goods, perfumes and cosmetics are produced. The company owns several thousand boutiques and stores scattered around the world - some high-end retail chains also belong to the holding.

The LVMH group (Moët Hennessy - Louis Vuitton) was born in 1987 as a result of the merger of Louis Vuitton and Moët Hennessy, two leading players in the luxury goods market. From the first days, the Alliance has been one of the largest companies in Europe. 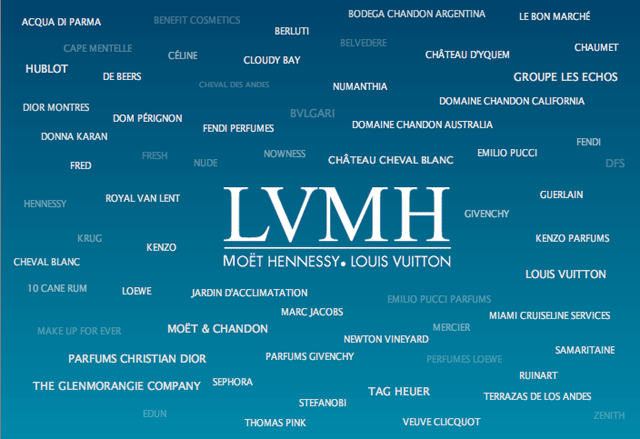 As noted above, the group owns many brands. Both world famous and revered in certain circles. For example, the Château d'Yquem brand of wine has existed since the end of the 16th century, but is little known among ordinary people. Brands like Kenzo Parfums (perfume), TAG Heuer (watches) and Hennessy (alcohol) are much more known to the masses. Many of them are associated exclusively with luxury and prosperity.

The holding's headquarters is located in Paris, France. It employs about 77,000 people worldwide. Annual turnovers and incomes are calculated in billions of dollars in US dollars.