Make Up Ever - a brand of professional cosmetics, the company also produces cosmetic lines for ordinary customers. The brand was founded in 1984 by designer Dany Sanz and her husband Jacques Waneph. Dani Sanz was by that time already a very famous designer and makeup artist. The style of the brand was influenced by the creators' passion for make-up and cosmetics for theater and cinema, products Make Up Ever was designed to create the most bizarre and expressive images, all sorts of special effects. 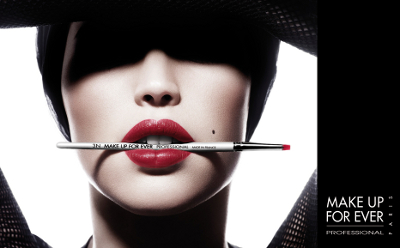 The brand's first store was opened on the Rue de la Boéti in Paris. Cosmetics quickly became popular and in demand among professional makeup artists. It is no less popular among ordinary buyers. In 2002, Dani Sanz, who at that time acted as the company's art director, opened the Make Up For Ever Academy, where future and established makeup professionals learn and share their knowledge.

Today the brand belongs to the holding LYMH, the purchase took place in 1999. In total, the range of the brand includes more than a thousand different items. And buy cosmetics Make Up Ever you can almost anywhere in the world from Asia to Europe.