Under this brand, such photo accessories as tripods, monopods, tripod heads, lighting equipment, bags and cases and the like are produced. This product is one of the most respected, it is enjoyed by both novice photographers and professionals.

Brand Manfrotto was born by the company Limo Manfrotto, which no longer exists. It all started in the 60s of the last century, when the then-famous photojournalist Limo Manfrotto (who also took part in photography for advertising brochures and industrial catalogs) began to create various photographic equipment for his own needs. The well-assembled and very easy-to-use devices were liked by the photographer's acquaintances and friends, who vied with each other to ask Limo to make one for them too. The number of orders increased so much that I even had to hire an assistant. All assembly was carried out in a garage near Limo's house. 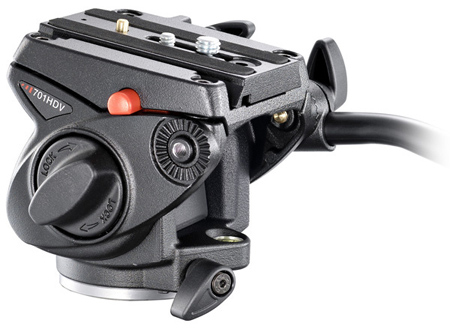 It probably would have remained so if the photographer had not met in 1972 Gilberto Battocchio, a technician from the Bassano company, which specialized in all kinds of mechanical devices. Together they founded the company. Limo Manfrotto, which continued to produce Limo tripods, but at a professional level, working for the market. In 1974, the first tripod appeared on the market. Manfrotto.

Success came quickly. High-quality assembly, well-thought-out tripod design, affordable price - all this played a role. By the beginning of the 80s, the company had long since left the garage, and its production facilities already included five factories.

And in 1989, the company was taken over by a concern from the UK - Vitec Group Plc. (to the Russian company Vitek it has nothing to do with it). The British decided that it made sense to keep such a well-known and respected brand as Manfrotto. Moreover, many steps have been taken for its development. The range of manufactured products was expanded, which began to be sold not only in Europe, but almost all over the world.