Marlboro is one of the most valuable and recognizable brands in the world. Today, almost every cigarette of this brand is associated with a stern cowboy in the middle of the American prairies, and few people know that it all started with working exclusively for a female audience. The history of Marlboro is a story about how to make a real legend out of an unpromising brand. After all, this is exactly what the founder of the company did.

Women began to smoke not so long ago - around the beginning of the twentieth century, when in the struggle for universal suffrage they decided to gain full rights in everything, including bad habits. In 1924, the American Philip Morris took advantage of this, who decided to take a still new niche and create cigarettes for the fair sex. The most amiable name was chosen - Marlborough in honor of the county origin of Winston Churchill. True, for simplified writing, “extra” letters were excluded from the word. 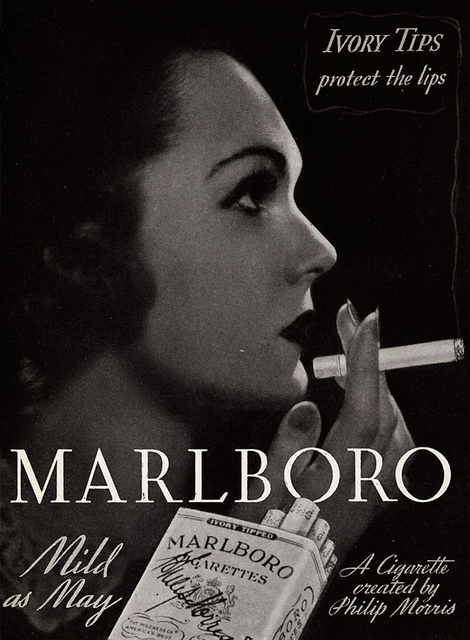 The slogan was also aimed at ladies: gentle as May (MIld as May). Mae West, one of the most scandalous actresses of her time, was invited to advertise the brand. Marlboro cigarettes were produced with a filter to protect women's teeth from yellowing, and a red stripe at the base to hide lipstick marks.

However, female smokers were found to be unimportant. Despite active advertising, the company practically did not receive a profit. In addition, studies by scientists were published in 1953 that directly linked smoking to lung cancer. Philip Morris was seriously afraid for the fate of his offspring. The only way out was to change the target audience and start producing cigarettes for those who are aware of their harm to health, but despite this continue to smoke.

The founder of the company found himself in a difficult situation - cigarettes without a filter were considered the most harmful, but men refused to smoke products with a filter, because buying women's cigarettes made them an object of ridicule. To be successful, Philip Morris had to completely change the public's view of filtered cigarettes. And he decided to take on this difficult task, calling for help from one of the best American advertising specialists - Leo Burnett. 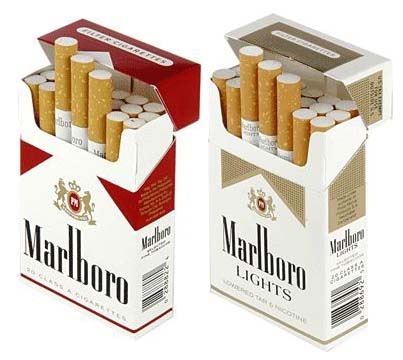 A talented advertiser, sparing no effort, hastened to create a whole gallery of truly masculine images, which included a high-rise builder, a sea wolf, an oil driller and, of course, a cowboy. It was the latter who became the main character around which Leo built the subsequent advertising campaign. “The filter does not come between you and the taste,” read the inscription from the corresponding posters.

At first, actors and models took part in Marlboro advertising, later they were replaced by real cowboys. Brutal and full of masculinity, they were true heroes of America, reminding customers of the wild prairies and the unbridled spirit of freedom. The first Marlboro Man was actor William Thourlby. In addition, George Lazenby, the actor who played James Bond in the film On Her Majesty's Secret Service, played the role of the Marlboro Man of Europe. 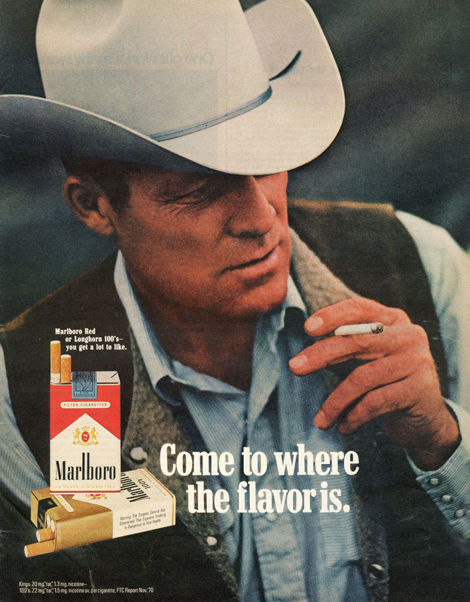 The Marlboro ad, created by Leo Barnett, is still considered one of the most iconic ad campaigns of all time. Thanks to her, the popularity of this brand of cigarettes jumped so much within just a few months that the brand took fourth place in the list of the most popular tobacco products in the United States. Well, the Marlboro Man was in 2006 in Allan Lazar's book "101 Most Influential People Who Never Lived."

Unfortunately, four of the men who appeared in the Marlboro commercial died of lung cancer, including the purchase of Marlboro red cigarettes, later nicknamed "The Cowboy Killer."

In addition to a successful advertising campaign, Marlboro also distinguished itself by being the first to release cigarettes in a Flip-top pack - a pencil case with a hinged lid. This pack was practical and easy to use. In addition, in order to get a cigarette, it was necessary to remove the pack from the pocket, thereby demonstrating to others the name of the trademark. The appearance of the pack was developed by designer Frank Gianninoto, who tried to make it as masculine as possible - the white color crashes into the red like a sharp arrow.

Since 1960, Marlboro has become the top-selling cigarette brand, averaging 12% a year in sales. But her successes don't end there. In 1965, Philip Morris supplies cigarette filters with an ammonia plate, which allegedly enhances the taste of tobacco. This led to the new Marlboro Country advertising campaign and made the owner of the brand a multi-millionaire. In 1966, Marlboro Menthols cigarettes appeared. 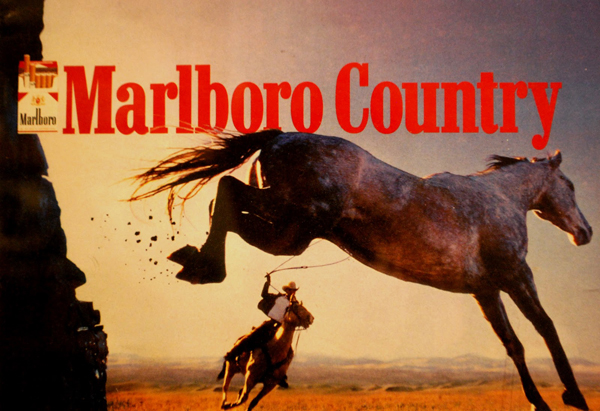 In 1971, the US government banned tobacco advertising, as a result of which the famous cowboy migrated from television screens to the pages of magazines and cinema. Despite all the bans in 1978, Marlboro becomes the best-selling brand of cigarettes in the world. More than half of all smokers aged 17 to 28 prefer Marlboro cigarettes.

In 1994, Philip Morris Inc. exceeded 33 billion dollars. And in 2000, Marlboro was named the largest tobacco corporation in the history of the world. After another 10 years, she distinguished herself with the release of the Ice Ball capsule, by biting through which, in the process of smoking, it was possible to enhance the taste of freshness.

And although the Marlboro Cowboy quietly left the advertising posters, giving way to other ideas and images, the brand continues to hold the won positions. To date, the Marlboro cigarette line has more than 30 different flavors, and sales revenue is increasing every day.