The most famous Italian manufacturer of sports cars. This brand is one of the legendary and is associated exclusively with luxury and prosperity.

Your name Maserati received by the name of its creators - the Maserati brothers. There were six of them - Alfieri, Bindo, Mario, Ernesto, Ettore and Carlo (Alfieri, Bindo, Mario, Ernesto, Ettore, and Carlo). They lived at the turn of the 19th and 20th centuries in the Italian city of Bologna (Bologna). All but Mario were passionate tech enthusiasts, connected to varying degrees with the design of cars. However, the artist Mario left an equally bright mark in the history of the future company - it was he who painted the famous trident logo. According to official legend, he borrowed the trident from the statue of Neptune, which still stands in one of the squares of Bologna to this day. However, there is also an unofficial legend according to which the trident symbolizes the three brothers who founded the company - Alfieri, Ettore and Ernesto (Bindo joined later, after Alferi's death in 1932); There is a grain of truth in this, but still such a theory seems clearly far-fetched.

The fate of each of the brothers (except Mario, perhaps) deserves a separate book. All of them left a very bright mark in the development of cars, worked in fairly high positions in well-known companies in those years, and successfully participated in auto racing. Unfortunately, Carlo did not live to see his birth. Maserati in our usual role, having died in 1910 from tuberculosis.

And in 1914, Alfieri (often referred to as Carlo's spiritual heir) founded a small company for the production of automobile engines, which he called Società Anonima Officine Alfieri Maserati. It is on its basis that the legendary company will be born in the future. 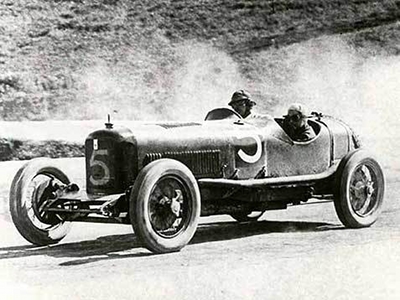 official date of birth Maserati It is considered April 25, 1926, when the Tipo 26 car designed by the brothers with a trident on the hood took part in the Targa Florio car race. Alferi himself was driving it. The subsequent successful performances of this miracle prompted the brothers to take a closer look at the production of sports cars. What they did, and very successfully. Cars Maserati shone in auto racing, speed records were set on them, the brand had fans.

In 1937, the Orsi family buys the company. The company moves to Modena, where its headquarters are located to this day. The Maserati brothers remained in Bologna and worked for the company until 1948 as chief engineers. They later founded a new company - OSCA, which was engaged in the production of racing cars and did not achieve any noticeable success.

Cars Maserati were, in fact, the only ones who could challenge cars on the race track Mercedes - the famous German automaker in those years was generously sponsored by the Nazi government, which only wanted to win and did not skimp on funds. But, thanks to cars with a trident, this was not always possible.

During World War II factories Maserati switched to the production of products for the front - engines and spare parts. At the end of the war, it was quite easy to return to the previous production. Cars Maserati shined again on the racetracks.

In 1968 the company was acquired Citroën. At the same time, members of the Orsi family remained on the board. The French were primarily interested in the technical developments of the Italians. But also throw Maserati they did not - in the next five years, many luxurious models appeared, which were very popular. The company developed smoothly until the oil crisis broke out in 1973, which completely crossed out all plans. Voracious sports cars were hit first and hardest. In 1975 Maserati was declared bankrupt. By that time Citroën already included in PSA Peugeot Citroën and the new management decided to liquidate the Italian company. 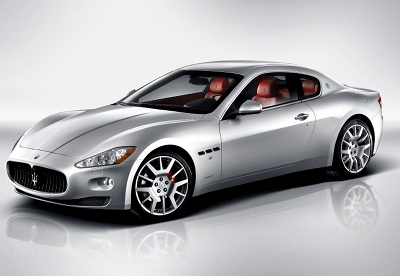 Maserati was saved thanks to pressure from trade unions and government agencies. By saving the company, they pursued the goal of preserving jobs for the people working on it. In 1975 Maserati buys out the famous Argentine racer Alejandro De Tomaso (Alejandro de Tomaso), also known as the founder of the company De Tomaso Modena SpA. He continued to produce sports cars. But these were no longer monsters that devoured tens of liters for every hundred kilometers, but small nimble models capable of developing high speeds. Particularly famous was the Biturbo model, which lasted in various variations in production right up to the end of the 20th century. De Tomaso's actions helped the company stay afloat. However, not everyone accepted Maserati in a new role.

In 1993 the company changed its owner again. This time it is acquired by an Italian concern Fiat Auto. The new owner has invested huge sums in development Maseratifor which a renaissance has now begun. There was a complete reorganization, which only benefited the company.

But the change of owners did not end there either - in July 1997 fiat sold 50% shares of Maserati to its longtime competitor - Ferrari, which is part of a financial production enterprise FIAT Group. And since 1999, Ferrari completely took over Maserati. And almost brought it to bankruptcy again.

So in 2005 the long-suffering Maserati changed ownership again. This time she got into control Alfa Romeo, which is also part of FIAT Group. Under the management of this company, things went more successfully - for the first time in many years, Maserati began to make a profit.

Few people know, but there was a period when Maserati tried to enter the motorcycle market. In the early 50s, the Maserati T2 model was introduced, which never enjoyed much success. Like all subsequent motorcycles. It turned out that it is not so easy to start producing good motorcycles, even if you have a lot of experience in the production of sports cars. Yes, and fierce competition has played a negative role. In 1960, the production of motorcycles was abandoned. Today, the surviving models are a real collector's value. 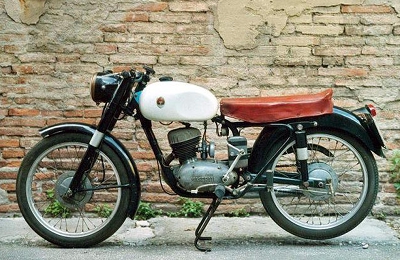