The company began its activity in 2003 with the production of MP3 players. Products MEIZU has always been distinguished by good quality and functionality, which allowed it to become quite successful.

But most of all, the manufacturer became famous as the creator of the MEIZU M8 mobile phone. The fact is that the device is considered the most successful clone of the famous iPhone (Moreover, it even got a derisive nickname - iClone). Chinese manufacturers in general often strictly follow the policy of total copying.

MEIZU M8 works under the control of an operating system of its own design (Meizu OS), written on the basis of a completely redesigned Windows Mobile. 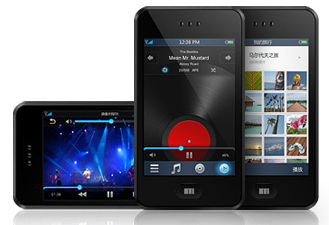 If you dig deeper, it becomes clear that the MEIZU M8 mobile phone is a unique phenomenon when a copy surpasses the original. In some aspects, the Chinese device is equipped much better than the iPhone. Which is bewildering - why did the Chinese, having sufficient knowledge and capabilities (by the way, the build quality of the MEIZU M8 at its best), take the path of piracy by cloning the most popular device? On the one hand, this provided them with a certain share of popularity, and on the other hand, it once again confirmed the conventional wisdom that the Chinese, except for piracy, are no longer capable of anything. Most likely, MEIZU in the future, he will begin to develop models of his own, unique design. But they have tarnished their reputation. However, in China, their products are in very high demand. And not only there - there are more than a dozen sites of MEIZU M8 fans on the Web.

The company's headquarters is located in Guangdong, China.