Edition The Wall Street Journal with reference to anonymous sources, told about the interest of the tandem Microsoft и Nokia in the takeover of a Canadian company R.I.M.brand owner blackberry. Moreover, a corresponding proposal was even put forward.

Absorption R.I.M. very beneficial for Microsoft, since one of the competitors is removed and room for maneuvers is freed up Windows phone. As for Nokia, then this company no longer has its own opinion and is completely dependent on the Richmond giant. 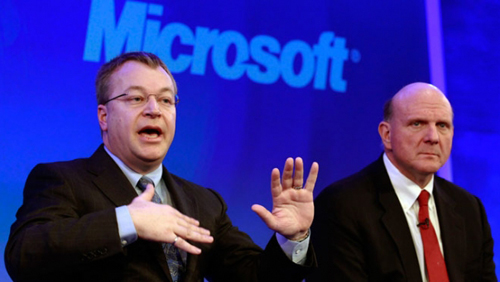 Position R.I.M. now far from ideal. The market share of the company is gradually decreasing, the value of shares is falling, the tension of investors is growing. The latter even somehow put forward a proposal to sell the company in order to save at least what was left.

It is assumed that if the transaction takes place, then R.I.M. will be divided into two parts, one of which will depart Microsoft, the other - Nokia. Thus, it will be possible to avoid attacks from the antimonopoly committee. I.e Microsoft will in fact be the owner of the two leading companies in the market, avoiding any accusations of monopoly.

Management R.I.M. does not intend to sell the company yet.