Famous American film company. Most of all, she became famous as the creator of independent cinema, which she has been doing since its inception. Beginning Quentin Tarantino filmed his masterpieces here - "Crime novel", "Kill Bill". Other talented directors have also been here, many wonderful films have been made - Scary Movie, Gangs of New York, Scream, Sin City... Spectators, tired of "Hollywood" with its blockbusters and "soap", watched and reviewed these creations with pleasure. "Crime novel" (1994) was generally a great success for Miramax - With a budget of $ 8 million, the film grossed almost a quarter of a billion. 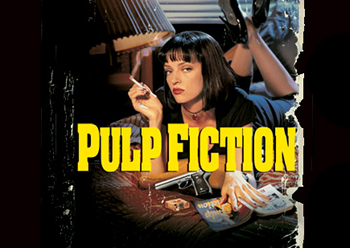 Founded Miramax in 1979, the Weinstein brothers - Bob and Harvey (Bob and Harvey Weinstein). They named their creation in honor of their parents - Mira and Max Weinstein (Mira + Max). Independent cinema was initially chosen as the main field of activity. The film company reaches its greatest success by the 90s of the last century. In 1993 Miramax redeems Walt Disney Pictures. At the same time, between Disney and the brothers reached an agreement according to which the Weinsteins remained at the helm Miramax and were free to act as they saw fit.

In 2004 Disney invited the founding brothers to buy back their offspring. However, they refused and, having completely left Miramax, in 2005 founded a new company - The Weinstein Company. The global crisis of 2009 helped her survive the same Tarantino, with his "Inglourious Bastards". Abandoned by everyone Miramax died - first, in 2009, Disney cut 70% staff, and on January 28, 2010, the film company was closed.