Social network myspace has lost almost half of its audience over the past year, which has declined by 49 percent, which is 6.5 million people. At the same time, the network Facebook reported on reaching the figure of 500 million users.

But in the best of times, the number of users myspace reached 100 million people. 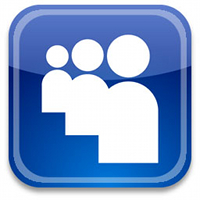 If things continue like this, then MySpace will simply cease to exist. The main reason for the outflow of users is the imperfection of the social network, the dissatisfaction of users with the services it provides. However, there is another, extremely unusual and bold opinion. Someone Danah Boyd, an analyst from Microsoft, noted that there is a process of outflow of "pale-skinned" with myspace on the Facebook. At the same time, African Americans and immigrants from Latin America remain there, forming a kind of ghetto. That is, the observed process of the outflow of "population" is akin to how whites leave urban areas populated predominantly by "colored people".

And it's not just about racial differences. typical user Facebook belongs, usually, to the middle class, received a good education and leads a more or less prosperous life. On the myspace but mostly "hard workers" or a criminal element gather.

All this perfectly demonstrates that even the Internet is not able to unite people of different races and different social status. Social boundaries are perfectly felt in virtuality.