Recently fired from his post, Michael Woodford sued Olympusbecause he believes he was fired illegally. In addition to being reinstated, he also demands compensation for the moral damage inflicted on him.

Woodford is also sure that there is simply no better candidate for the presidency than him for a company that is now going through far from the best of times. However, many independent experts share his point of view. 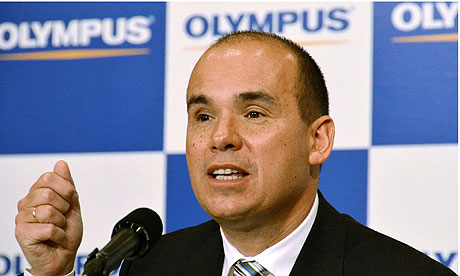 The official reason for Woodford's dismissal is that he violated the company's corporate ethics too often. The ex-president himself is sure that the real reason was that he began to show too much curiosity, trying to find out about some of the actions of the company entrusted to him in more detail. And apparently it is no coincidence, given that the investigations that have become so high-profile are now underway on the fraud and corruption that flourished in Olympus long years. In particular, it became known that the company has been providing incorrect information about losses and income for 20 years in order to keep share prices as high as possible.

The current president is Shuichi Takayama. And it can be assumed that this was the last time a gaijin was elected president of a Japanese corporation.