winery newton vineyard was founded in 1977 in the Napa Valley, California, USA. In this valley, located at the foot of Spring Mountain, grape varieties such as Cabernet Sauvignon and Merlot are traditionally grown. 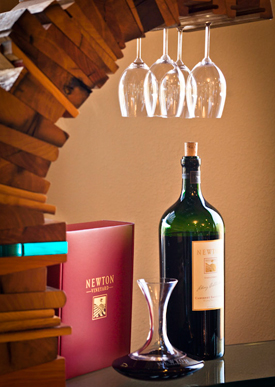 One of the most famous wines newton vineyard considered Newton Unfiltered Chardonnay - the first unfiltered wine in California, it was introduced in 1990 and has already won several awards in its industry. Unfiltered wines, that is, wines bottled without a filtration process, are the pride of the brand, it is believed that they better retain the taste and aroma of the grapes.

Brand newton belongs to the holding LVMH since 1990 and is part of its Estates & Wines division.