Nike is increasingly embracing the latest technologies in its quest to perfect sports shoes. This time, she introduced the Adapt BB sneakers, which are equipped with an automatic lace-up system. 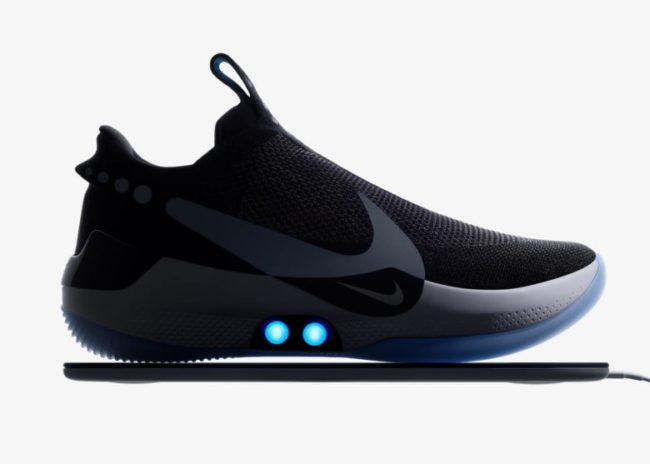 The Adapt BB can be tightened and loosened using the buttons on the side of the outsole, as well as the iOS or iOS app. And it's not just about "technology for the sake of technology", such shoes should be highly appreciated by basketball players (and other professional athletes), whose feet swell during the game. Now, instead of lacing up, they just need to press a button, which is much more convenient and faster. The shoes literally adapt to the player's foot. The Adapt BB was tested by NBA players like Jason Tatum of the Boston Celtics.

Inside the Adapt BB is a special FitAdapt mechanism that allows you to change the shape of the shoe, as you would with regular laces. The battery is charged using Qi wireless technology. One charge should be enough for 14 days of active wear, it will take about 3 hours to fully charge. The charge level can always be assessed using a smartphone. Also, with the help of the application, it will be possible to change the color of the backlight of the buttons.

Adapt BB should be available in February. The cost of one pair will be about $350. The kit will come with a wireless charging pad. Not cheap, but you can expect that over time the price will gradually decrease. Nike also promises to regularly release firmware updates to improve the usability of sneakers and their functionality.