A Japanese corporation, one of the most famous car manufacturers - one of the top ten in the world and the top three in Japan. In addition to its core business, Nissan is also engaged in car tuning (Nissan Nismo division) and the production of marine engines (Nissan Marine division). The company's plants are scattered around the world.

In 1926, the company merged with the Jitsuyo Jidosha Co., Ltd. to form the DAT Jidosha Seizo Co. The new company was engaged in the production of passenger cars Lila. And in 1931 was presented a car under a new brand - Datson, which literally meant "Son of DAT" - "Son of DAT". Subsequently, the spelling was changed to Datsunas the ending "Son" sounded like a denial to the Japanese. A series of mergers and acquisitions followed, after which DAT Jidosha Seizo Co. became part of Tobata Casting. 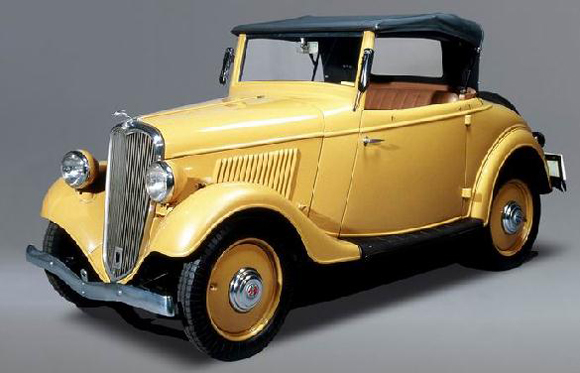 At the same time, the history of Nihon Sangyo, founded in 1928, was in progress. That's when the name "Nissan" was born, an acronym based on the first syllables of the company's name, which literally translates as "Japanese Industry. In 1933, the company absorbed Tobata Casting, gaining in the deal an advanced automobile production facility.

Although the Nissan brand already existed, for a long time the main emphasis was placed on the production of Datsun cars, which were produced until 1983. Then it was decided to abandon this brand. However, later Nissan decided to revive the Datsun brand to produce inexpensive cars.

In 1958, Nissan began supplying cars to the United States. At first it was very difficult, because Japanese products were inferior to American ones. But in the end the Japanese managed to win a landslide victory. In 1964, supplies of Nissan cars to Europe also began.

At the same time, the company was expanding its production. Thus, in the 1950s, the production of ship engines was established - in this area Nissan operates to this day. And in 1976, the company became the largest exporter of cars in the world, at that time it already produces about 20 million cars annually.

However, not everything was smooth. In the mid-90s, Nissan experienced financial difficulties, as a result of which it was decided to sell 44% shares to the French automaker Renault. The specialists of the latter managed to lead the Japanese company out of the crisis rather quickly, and as a result, Nissan managed to retain the title of one of the largest in its industry.