This story began at the end of 2008 when Nokia offered its customers a music service Ovi Music Unlimited, which was supposed to be the main competitor iTunes Store. However, the miracle did not happen and after a little more than two years the service was closed.

Rather, closed in 27 countries around the world. The only exceptions are some Asian countries, where the service will continue its work for the time being. Also, services will be provided to all existing customers, for the period of expiration of the subscription period. 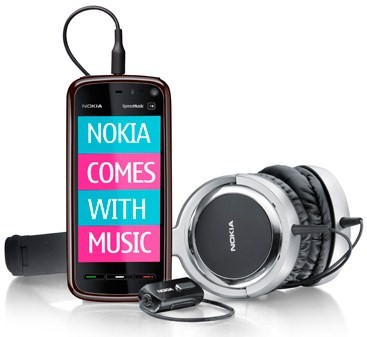 There are many reasons for failure. And above all, this is too slurred marketing. The presence of DRM protection also played a significant role, which does not allow using the downloaded file on another device (by the way, at one time Apple launched a DRM-free initiative). Users turned out to be dissatisfied with the choice of phone models, which has been offered over the past few years Nokia.

However, there is nothing surprising in the closure Ovi Music Unlimited no. Such an outcome of events was predicted by many analysts back in October 2008, when the service had just begun its work.

In addition, the Finnish company is currently not in the best position to afford to maintain an unprofitable service or invest a lot of money in improving it.