As is known, Nokia put too much on the latest smartphone N8. The success or, conversely, the failure of this device will play a very important role in the fate of the company, which is now not in the best position. So the advertising campaign will be loud.

Company developed by the studio Inferno, today launched immediately in 20 countries. Its goal is to raise sales of the device as high as possible on the eve of Christmas. The motto of the company has become "Many Gifts, Not One", which can be translated as "many gifts, not one" - a direct reference to the fact that the phone can be used both as a media player and as a video camera with HD resolution and an Internet tablet, and much more. How much this will interest end users - time will tell, because many modern models from different manufacturers fall under this description (well, except that the camera Nokia stands out). 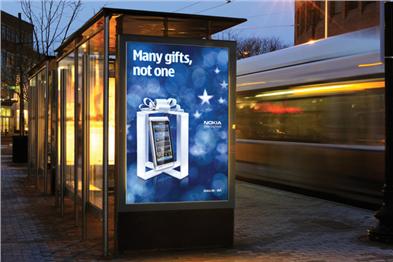 Joanne Savage, director of global marketing for the company Nokia, I am sure that the advertising campaign is very successful and will play a major role in choosing a gift for millions of buyers around the world.

However, doubts are already sounding - even if the company really leads to large sales of the N8, will it not be a Pyrrhic victory, will such a large-scale advertising pay off? However, it appears that the guide Nokia ready for anything, just to stay in first place, winning back at least part of the lost market interest. By the way, one fact is alarming - before, such devices from a Finnish manufacturer did not need such total advertising.