A new taste of vodka - blackcurrant - was introduced by a famous alcohol brand Finlandia Vodka. The drink will be released in a newly introduced bottle with an updated design. "Melting Ice". Vodka with a new taste has already appeared on the Russian market. 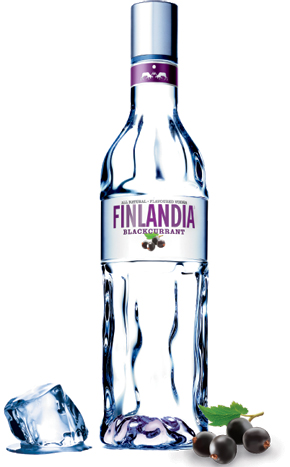 Blackcurrant and vodka are a classic combination. So the manufacturer deservedly expects that Finlandia Blackcurrant will quickly become popular among both men and women. Moreover, the Russian market is considered especially promising. By the way, blackcurrant is a native Finnish berry and the appearance of this taste in Finlandia Vodka was quite expected.

Also, in addition to the vodka itself, a number of original cocktails were presented, which the brand’s mixologist Pekka Pellinen developed especially for women. These mixes have been given names such as "Shine", "Breeze" or "Passion".