It is not surprising. "Mirrors" Olympus, although not bad in terms of characteristics, they didn’t win much love from novice users - much more popular Canon и Nikon. 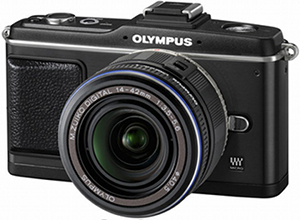 Another thing is the Micro Four Thirds camera. Here Olympus managed to win a solid niche. The main advantage of such cameras is that they are much more compact in comparison with “DSLRs”, in size, which is very important for many users. The ability to get a high-quality shot without lugging around a massive device is often the main selling point when making a purchase.

Toshiyuki also spoke about the fact that the potential of the Micro Four Thirds cameras has not yet been fully revealed. It is quite possible that similar professional solutions will appear in the near future.