The difficult financial situation forced the company Palm go to extremes - put yourself up for sale. According to available information, the search for a buyer is already underway. The most likely are Lenovo и HTC.

Sales of devices running webOS (Palm Pre and Palm Pixi models) are very sluggish and unable to compete with iPhone and smartphones based on Google Android. After the publication of the latest financial reports, analysts agreed that the company has no future. The leadership Palm felt that the sale was the only way to save the company from bankruptcy. 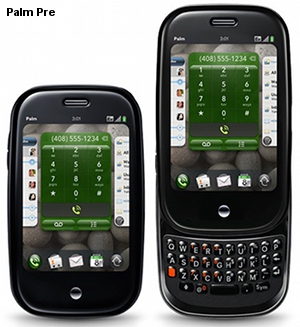 The last years have been for Palm especially heavy. For the first time, talk of its possible bankruptcy appeared back in 2007. The release of Palm Pre allowed the company to more or less successfully stay afloat for some time. But it was not possible to correct the situation. In fact, all recent years have been nothing more than a protracted agony, and the creation of fundamentally new devices was a shock therapy that was supposed to either give the company a second wind or completely destroy it. First time talking about selling Palm appeared at the beginning of this year, when the Finnish Nokia.

In the meantime, in the wake of rumors about a possible sale of the share price Palm grew up a bit.