Company NVIDIA celebrates a small anniversary - it received a thousandth patent. The jubilee patent received the number 7609272. It talks about an invention that allows you to increase the speed of pixel pipelines (we will not delve into the subject). 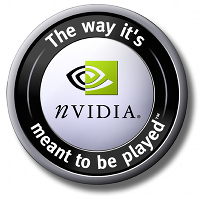 In fact, this invention was made quite a long time ago - for the first time this technology was used in video cards of the GeForce 6 series. It is also used in the Sony PlayStation 3 game console. The patent was received only now due to the bulkiness and complexity of the entire patent procedure.

Of course, against the background of other companies (the same IBM, for example), achievement NVIDIA looks more modest. But it's not just about quantity.