The famous couturier Pierre Cardin (Pierre Cardin), who is already 88 years old, announced the sale of his business. The fashion designer has been creating his fashion empire for almost 60 years (the Cardin Fashion House was opened back in 1950) and is now looking for a buyer who could accept and adequately continue the development of his life's work. The fashion designer himself intends to remain in his Fashion House as a creative director - this is one of the conditions for a future deal. 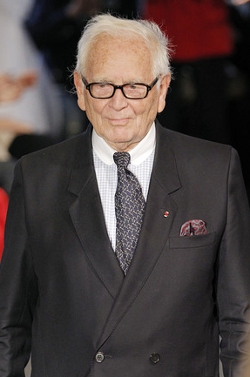 The price at which Cardin estimates his offspring is 1 billion euros, or 1.46 billion US dollars. Experts, however, insist that such a price is too high. The matter is further complicated by the fact that it is difficult to calculate the exact amount of the company's profit for a certain period - there are about 400 partners trading under license around the world, thousands of products bear the name of Pierre Cardin, it is not yet possible to bring all the data together.

Rumors about the sale were already raised a few years ago, then it was about the amount of 500 million euros, but the buyer was never found. Today, Cardin declares her firm intention to sell the business.