famous rock band Pink Floyd filed a lawsuit against her publisher, the company EMI, because she violated the terms of the contract and began to sell songs of musicians via the Internet separately.

Pink Floyd accuses EMI that the company deliberately "separated" the group's songs and provided them to the iTunes music store, where buyers can buy songs individually, despite the fact that the band's contract states that all the band's albums must be sold only as a whole.

The band long ago made the decision not to distribute the songs individually because many of their albums, such as "Dark Side of the Moon" or "The Wall" are conceptual ideas. The songs in them are not separated by a pause, but flow smoothly from one to another. 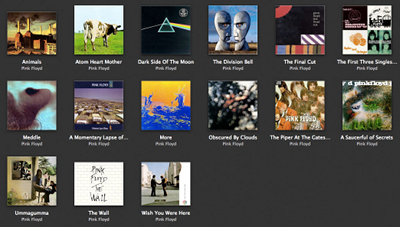 EMI tried to deny the legitimacy of the claim and said that the contract deals only with physical media and does not talk about digital sales. However, Robert Howe, confidant Pink Floyd, insists that the long-term contract takes into account all formats.

The band's victory in this lawsuit will not allow their albums to be separated in the sale, but here another problem arises. Many online music stores have policies that make it very difficult to sell entire albums. For example, Apple prohibits the sale of music by albums through iTunes. In addition, there you can not buy individual songs that are longer than 10 minutes. Because of this, on iTunes for a long time there are no songs of the group radioheadalthough the albums Pink Floyd can be purchased from many major online retailers.