The history of this, one of the oldest and most famous European manufacturers, began in 1872 in Milan, where to this day its headquarters are located. Engineer Giovanni Battista Pirelli (Giovanni Battista Pirelli) returns from Switzerland, where he received his education. The young man, who has just turned 23, is eager to start his own rubber business. The choice is not accidental - Pirelli studied chemistry in Switzerland. Since it was difficult for him to act independently, he finds several companions for himself. Together they acquire a small factory, the staff of which consisted of several dozen people. The company was named GB Pirelli&C.

In the first years of its existence, the range of products produced was exceptionally large - a wide variety of rubber products were produced. At first, it was hard, but by the beginning of the 80s of the 19th century, the company began to receive large orders. The first tires began to be produced in 1894 - for bicycles. The production of tires for automobiles was taken up later, in 1901.

The company was actively involved in motor racing, knowing full well that any victory would provide it with the best advertising. And so it happened in 1907, when a car (it was an Itala 35/45 HP driven by Italian racers) fitted with Pirelli tires won the Beijing-Paris race. The success allowed the tire manufacturer to gain a foothold in international markets.

World wars had the most negative impact on business Pirelli. The company survived, but with great difficulty. Fully recovered only by the beginning of the 50s. By that time, the leadership of the company had passed to Alberto Pirelli, the son of the founder. 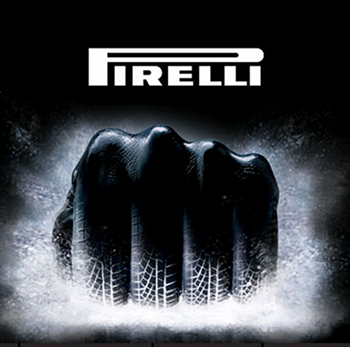 By that time Pirelli returns to motorsport, including Formula 1. And in 1964, a significant event takes place, which was destined to play a certain role in the history of the company - the so-called "Pirelli calendar" appears, from the pages of which beautiful half-naked girls, including the most famous models, looked. This is not surprising today even with a calendar of hard porn, and in those years even light erotica was attacked by conservative-minded segments of the population. But the vast majority of consumers were delighted. Naturally, these calendars were not sold at the collapse of the subway. No, it was and remains a completely different level. By the way, there was no mention of tires in the calendar. It is produced to this day, except for the period from 1975 to 1983, when Pirelli experienced serious problems due to the oil crisis. But the public experienced a real shock relatively recently, when on one of the calendars all the girls were dressed, even if very lightly. All calendar issues Pirelli considered a collector's item; the first issues are valued at tens of thousands of US dollars.

To date, the company is engaged in two areas - tires and other rubber products, such as power cables (separation occurred back in 1905). The division that deals with tires is known as Pirelli Tire.

Factories Pirelli, whose number has long ago exceeded a couple of dozen, are scattered around the world.

Headquarters Pirelli is located in Milan, in a huge building that was rebuilt in 1958. The building, known as the "Pirelli Tower", is located exactly on the spot where once was the tiny factory from which the history of the company began. The building, 127 meters high, is considered one of the main attractions of Milan. The tower was built as a symbol of the fact that all troubles Pirellicaused by the wars are behind us and the company is once again firmly on its feet.

On April 18, 2002, a Rockwell Commander 112 single-engine aircraft crashed into the building. Several people were killed and the building was seriously damaged. And although the incident clearly happened due to pilot error (theories about running out of fuel and suicide were also put forward), it made a lot of noise, because the events of September 11, 2001 in New York were still well remembered in the world.