Playboy - the famous brand of the entertainment industry may change hands in the near future. Two companies declare their desire to acquire control over Playboy Enterprises Inc.: Iconix Brand Group, already owning several well-known brands, and the group company Golden Gate Capital, with which Jim Griffiths, a former entertainment manager at Playboy. Negotiations have been underway for about a year, and a deal is currently being negotiated, the amount of which will be $300 million. 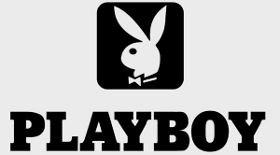 An important point in the possible deal is the role in the future private company of its current owner Hugh Hefner (Hugh Hefner), who not only created Playboy 56 years ago and owns a controlling stake (about 70%), but also is the face of the company. The Playboy brand is, in many ways, Hugh Hefner personally. None of the potential buyers wants to experience what will happen to the brand if the current owner is separated from it. Therefore, any ways are being discussed in the transition of the company from hand to hand to still leave Hugh Hefner as a public representative.
Total
0
Shares
Share 0
Tweet 0
Pin it 0