The release of the much anticipated game Diablo III led to the fact that a significant part of the male population of the planet moved to game servers for a long time Battle.net. Leaving your girlfriends and wives to be bored alone. But there's company in the world Absoloo. 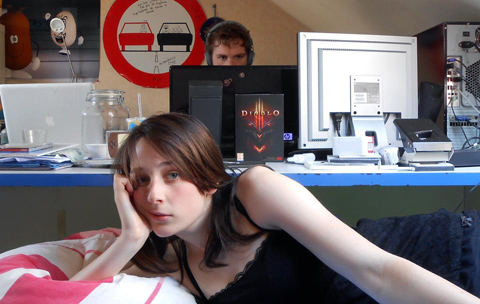 The promotion is held on the Facebook page Absoloo. There is, however, one limitation - the action is valid only in France. However, the company encourages girls from other countries to join. Out of sports interest, so to speak. Maybe a loved one will see such a photo and think about it.

With a very strong desire, men can also participate in the action.