The company's line of laptops Apple. Positioned as productive solutions for professionals, as opposed to iBook - much more affordable laptops for undemanding users and students.

The first model of the line appeared in 1991 - PowerBook 100 (production processor Motorola with a frequency of 16 MHz, 256 KB of memory, a screen with a VGA resolution). Name powerbook - company idea Lexicon Branding Inc.that gave names to such famous brands as Pentium и blackberry.

It was on the laptops of this line that the “touchpad” appeared for the first time in history (however, referred to by the Apple "trackpad") - the PowerBook 520 model. 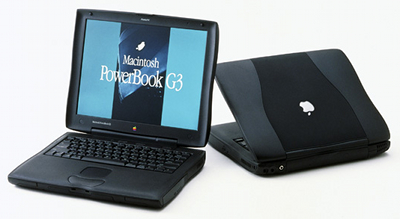 The last notebook in this series was the PowerBook G4 (Dual Layer SD), introduced at the end of 2005. Since the beginning of 2006 computers Apple changed processors IBM on the Intel. To emphasize the end of the PowerPC architecture era, Apple decided to change the names of almost all the computers it produces (only iMac) - professional laptop models are now called Macbook Pro (iBook are now simply called macbook).

By the way, one of the reasons for the transition to processors Intel it is precisely the impossibility of creating a compact laptop based on the G5 processor, without the risk of constant overheating, is called.